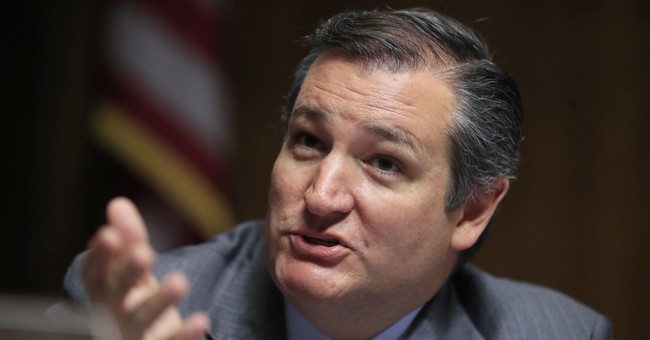 In a letter to Defense Secretary James Mattis, Cruz asked that the 2018 Missile Defense Review include a recommendation for a “missile defense layer” located in space, saying, “I strongly encourage DOD to recommend the development and eventual deployment of a space-based missile defense layer.”

The letter explains that while the nation’s “investments in ground- and sea-based systems” currently allow for missile interception during the later “midcourse and terminal phases of flight,” space-based missiles could eliminate the threats at their earlier “boost phase.”

During this earlier point in a missile’s journey, the “ballistic missile is traveling its slowest, emitting its clearest heat signature, and unable to deploy countermeasures,” the letter states.

“Given the metastasizing nuclear threat from North Korea, Iran’s pursuit of atomic weapons, the growing development of anti-access/area denial capabilities in the Persian Gulf and the South China Sea, and great power competition in space, the case for urgently pursuing a space-based intercept capability has never been stronger,” Cruz said.

He also noted the threat posed by “hypersonic glide vehicles” and pointed to the space-based program as useful in addressing this threat.

“Recent investments from China and Russia in missile technology like hypersonic glide vehicles that circumvent our current missile defense architecture further underscore the potential value of a space-based layer for boost phase,” the letter says.