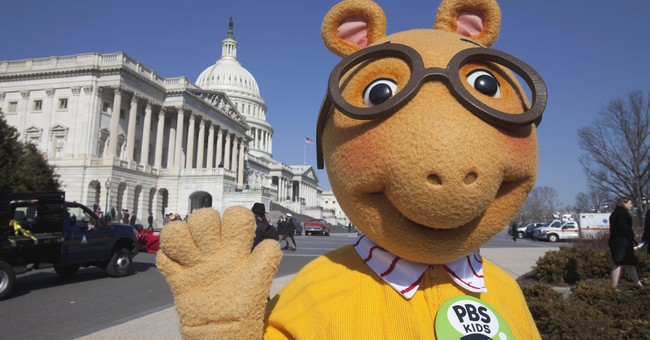 In a video posted last week, the PBS children's show "Arthur" discussed themes of racism and discrimination claiming "it's not enough to say, 'I'm not racist.'"

The short three and a half minute clip starts with main character Arthur and his friend Buster sharing how horrified they were while watching a video of a racist incident. While not explicitly stated, it's a clear reference to George Floyd.

"I can't believe someone would be hurt like that just because they're black," says Buster.

"Racism is so unfair," replies Arthur.

The two then call their teacher Mrs. MacGrady to ask what they can do to help solve racism. McGrady tells them that it's no longer enough to sit back and watch racism happen, but instead it needs to be actively combatted.

"Yes, I saw the video too, and let me tell you it made my blood boil," said MacGrady.

The cartoon teacher then equated racism to a "disease" and stated that if it's not treated it's only going to get worse.

MacGrady then laid out a three-part plan for the boys about steps they can take to be anti-racist that involved talking, listening, and action.

The clip ended by encouraging children to have open discussions with their parents on the subject matter.

This is not the first time the cartoon series has received scrutiny for content with clear progressive undertones.

Last spring, the show opened its season with a same-sex wedding in an episode that had some outraged. Alabama Public Television refused to air the episode stating it would break parental trust in the network.

In 2005, the series spinoff show, "Postcards from Buster," displayed a lesbian couple which had then-U.S. Education Secretary Margaret Spellings demanding that PBS return its federal funding. PBS as a whole decided not to air it, but certain affiliates like WGBH in Boston decided to air it anyway.

PBS is funded by the government through taxpayer dollars, and in recent years, some Americans have requested that their money not go to a television network with clear political bias and motives.

The series, "Arthur," which is an adaptation of Marc Brown's "Arthur Adventure" books, has been airing on PBS since 1996 with a total of 246 episodes to date. The primary audience of the show is children ages 4 to 8, and throughout the series, heavy topics have been explored like dyslexia, autism, cancer, sexuality, and germaphobia.