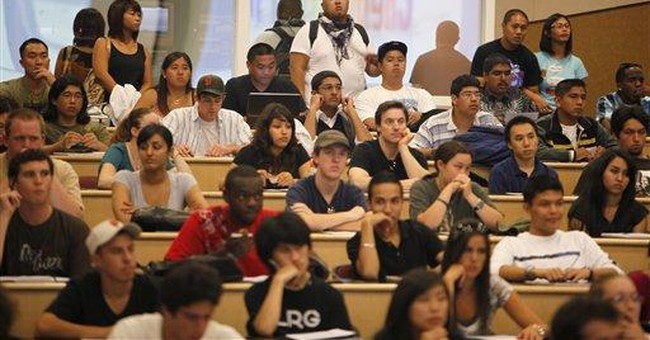 Over 430,000 undergraduates attending Cal State universities will be required to take an ethnic studies or social justice course starting in 2023.

The move comes after months of racial unrest across the country spurred by the killing of George Floyd.

The new mandate will take place in the 2023-24 school year, providing enough time for the system's 23 campuses to plan and provide coursework that "best meet the unique needs of their students and communities."

Following a heated two-day debate, the requirement was approved by the CSU trustees Wednesday with critics noting that the new curriculum should focus more on only ethnic studies, not social justice, according to a report from the L.A. Times.

The proposal passed on a 13-5 vote with one abstention.

The mandatory classes are the first change to the general education curriculum at the public university system in 40 years.

Trustee Lateefah Simon, who opposed the requirement, referred to Cal State's proposal as “exhaustive” and “thoughtful,” according to AP. She said the “social justice umbrella” would be a way for students to “forgo ethnic studies curricula."

“Our goal is for CSU students, from every major and in every workplace, to be leaders in creating a more just and equitable society," said Cal State Chancellor Timothy P. White in a statement. “This action, by the CSU and for the CSU, lifts Ethnic Studies to a place of prominence in our curriculum, connects it with the voices and perspectives of other historically oppressed groups, and advances the field by applying the lens of social justice."

Cal State universities currently offer courses on Africana literature, Native Californian perspectives, police reform, disparities in public health, and the economics of racism, so school leadership claims it shouldn't be a problem for students to meet the new demand.

Recommended
Shaq Does Not Want to be a Celebrity Anymore: 'These People are out of Their Freaking Mind'
Landon Mion

The trustees have been at odds with the state Legislature, due to a bill introduced by Assembly Member Weber, which calls for a far narrower focus in curriculum requirements, only calling for ethnic studies to be required, not social justice.

The bill only requires a few minor alterations before it goes to California Gov. Gavin Newsom. If it is signed by Newsom, the Cal State order would be overruled and just ethnic studies would be allowed to fill the requirement.

This fall, all Cal State universities will offer only remote learning due to the pandemic, a decision that was made in May.

Share this on Facebook
Tweet
The Marine Who Called for Afghanistan Accountability Has Been Thrown in Prison
Katie Pavlich
Majority Mistrust: Biden Credibility on the Wuhan Coronavirus Tanks
Spencer Brown
Are We Shocked That This Happened to Liz Cheney?
Matt Vespa