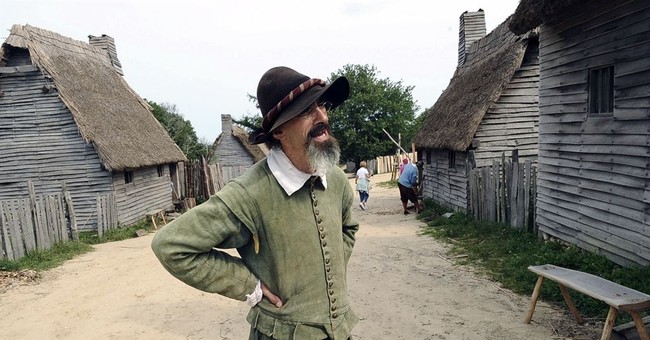 Plimoth Plantation, a living history museum in Massachusetts that focuses on the colonial life on the English settlement at Plymouth, will be changing its name by the end of the year to better "represent" the Native American history and culture that shaped the region.

According to a press release from the organization, the site will soon be renamed “Plimoth Patuxet," as the latter refers to the Wampanoag name for the area.

This move on behalf of leadership is in accordance with the 400th anniversary of the Pilgrims' arrival on the shores of what became known as Plymouth.

“Discussions about a name change for the museum have been ongoing for more than a year as we ask: ‘Does our name reflect the full, multivalent history that is at the core of the museum’s mission?’” the statement said.

For nearly 75 years, Plimoth Plantation has been a popular destination for tourists and field trip hotspot for students in the surrounding area. Visitors get the chance to experience what life was like for in the 17th century Massachusetts colony. Trained professionals play roles of Pilgrims and Native Americans, pretending as if it’s sometime in the 1620s.

The museum believes the new name will provide more of a balance between the woven cultures of the English and Native Americans, as well as providing the basis for educating the public about both groups of people. However, it does open the door for a more negative light to be cast upon the white settlers.

“As our Nation faces a pandemic, an economic crisis, a reckoning with racial injustice and a highly-charged election year, there is no doubt that we have reached an inflection point in our history, one that raises necessary, and at times painful, discussions,” the statement continued. “But, especially in these times, that is what museums are called to do.”

The organization is no stranger to controversy.

In 1981, a black actor was photographed in the role as a Pilgrim, and many questioned if this was an appropriate decision, given that there were most likely no black Pilgrims. Bob Marten, the museum’s director of programs at the time, argued that there was evidence of a black Pilgrim named Abraham Pearse, who was referred to as “blackamore,” the term for a black person in those days.

Workers have also been unhappy in recent years given Plimoth Plantation’s choice to no longer recognize the workers’ labor union. Many employees complain that they are overworked from understaffing and that the pilgrim homes on the property are noticeably deteriorating, with very little funds being used for restoration.

Plimoth Plantation wrote a support letter in March in response to the Trump administration’s decision to revoke the Mashpee Wampanoag tribe’s reservation status, taking away over 300 acres of land. They encouraged visitors to ask Congress to support the tribe through the "Mashpee Wampanoag Tribe Reservation Reaffirmation Act."

While the new name won’t officially replace the old identifier until late 2020, the organization plans on incorporating a new logo in their social media accounts.

Although our educational mission includes both #Indigenous and European colonial #history, our name underscores only half the story. We’ve been in conversation for over a year about this and invite you to read more about it: https://t.co/4dBtckscQW pic.twitter.com/oaUjdXcdkV

“We recognize that the commemoration of 400 years of shared history is complex and we embrace this moment as an opportunity for reflection and learning with our worldwide community of visitors, friends, and members,” the statement concludes.