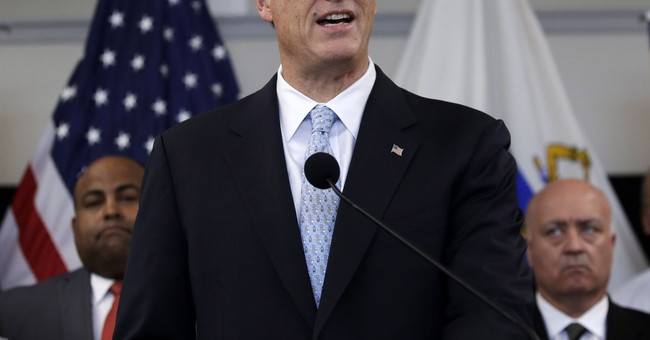 Leaders at the Soldiers' Home in Holyoke, MA made a "serious number of errors" in responding to the COVID-19 pandemic in late March, according to a report released Wednesday.

“The events that took place at the Holyoke Soldiers’ Home in March are truly horrific and tragic,” said Baker in a press conference Wednesday.

Pearlstein called the findings in the report “utterly baffling”. He also made clear that the leadership was at fault for both not being prepared before the outbreak in the home started, and not seeking help once they realized safety was a major issue.

Superintendent Bennett Walsh, Chief Nursing Officer Vanessa Lauziere, Medical Director Dr. David Clinton, and Secretary of Veterans’ Services Fransisco Urena were all found culpable for poor decisions during the period of the spread, and excluded others from taking part in critical planning.

The main issue that the report uncovered was the decision to combine two dementia units on March 27, not keeping in mind the mixture of infected and noninfected patients. One of the two units was closed after Lauziere realized the home was short-staffed, and no efforts were made to isolate the positively tested residents.

These other decisions include failing to use isolation rooms for the initially sick patients, improper sanitation of medical equipment, and delays in testing occupants, among countless other failures in leadership.

One staff member described that she “felt it was like moving the concentration camp” as they were transporting “unknowing veterans off to die.” Others called it a “war zone” and observed that patients in the combined unit did not receive adequate “nursing care, hydration, or pain relief medications” over the weekend of March 28-29.

Gov. Baker and Lt. Gov. Polito first learned of the evolving crisis at the Soldiers’ Home on the evening of Sunday, March 29, after Holyoke Mayor Alex Morse raised concerns about the situation to Polito, who then relayed the information to Baker. Pearlstein called Morse’s persistence to investigate the home, and his swift action in alerting Polito “critical” in preventing a worse spread.

On Tuesday, Walsh resigned ahead of the bombshell report. In March he had been placed on paid administrative leave and the CEO of Western Massachusetts Hospital, Val Liptak, took over operations of the home.

Urena also resigned on Tuesday in anticipation of the incriminating findings in the report. Baker said Wednesday that Cheryl Poppe, superintendent of the Chelsea Soldiers' Home, has been named acting secretary of veterans' services.

Walsh’s attorney William M. Bennett released a statement in response to the details of the investigation late Wednesday, claiming that the report was filled with “baseless accusations."

“We dispute many of the statements and conclusions in the report, to which we were never given the opportunity to rebut prior to publication,” Bennett said.

The report concluded that the Holyoke Soldiers’ Home did not meet the requirements of providing "care with honor and dignity” and that the tragic events “cry out for reform.”