No Trial For Castro 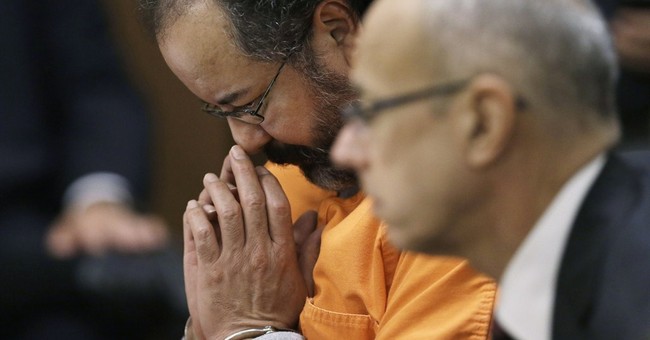 Accused of holding three women captive for over ten years in his Cleveland home, Ariel Castro agreed to plead guilty in a deal with the State of Ohio to avoid the death penalty Friday. According to FOX News:

In exchange, prosecutors said 53-year-old Ariel Castro would be sentenced to life without parole plus 1,000 years. Castro had been charged in a 977-count indictment. He had been scheduled for trial Aug. 5 on allegations that include repeatedly restraining the women and punching and starving one woman until she had a miscarriage. The former school bus driver also was charged with hundreds of counts of kidnapping and rape, plus assault and other counts.

Castro made it clear to the judge that he knew what he was in for and expected the worst. When the judge asked Castro if he had any remaining questions about the deal, Castro made a point to mention that he was victimized as a child, saying, “my addiction to pornography and my sexual problem has really taken a toll on my mind."

Castro has made the right decision for everyone involved in this case. By retracting his plea of not guilty and working together with the prosecution, he is saving the victims, his family, and the general public the stress and pain of a trial. After witnessing the never-ending Zimmerman trial and the storm of debate that continues to this day, I think it’s safe to say that we have had our fill of reliving a heartbreaking event. These four women, and our nation as a whole, will be able to move on with their lives in peace, knowing that Castro has been punished to the fullest extent of the law.