Man! I Feel Like a Trump Voter - Shania Dishes Her Feelings About the President 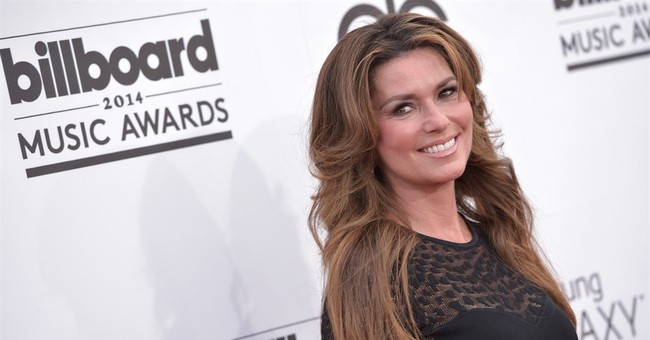 Country music star Shania Twain is back and this time getting into American politics. The Canadian singer told the Guardian that she appreciated President Trump's authenticity and probably would have lent her support if she were an American citizen.

"The conservative Canuck, who could not vote in the 2016 election, talked about her affinity for the controversial president, who is currently at the epicenter of several scandals (both political and sexual).

"I would have voted for him because, even though he was offensive, he seemed honest," said the singer. "Do you want straight or polite? Not that you shouldn't be able to have both. If I were voting, I just don't want bullsh-t. I would have voted for a feeling that it was transparent. And politics has a reputation of not being that, right?"

This probably was not Shania's intention, but as the Washington Examiner's Angela Morabito pointed out, the singer could expect a huge bump in sales.

And a lot of country fans who do support the president just became Shania's biggest defenders.

She wins from this.

Author's note: Regardless your political opinions, one thing all Americans should be able to agree on is that Shania Twain blessed us all with two of the greatest songs in recent memory.