Obama is Not Going to Get His Wish This Christmas 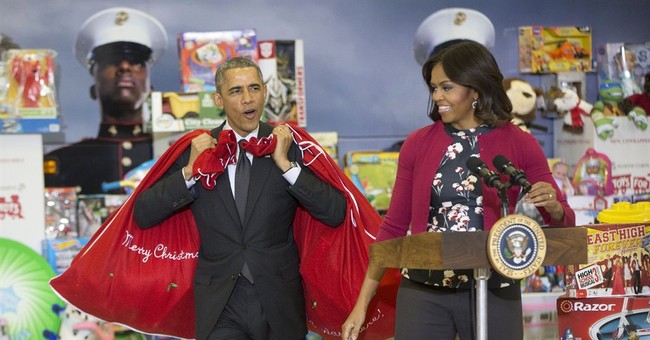 Another Obamacare deadline has passed. Yesterday marked the final day that individuals could re-enroll for coverage starting on Jan. 1.

“It's a good Christmas present for people,” President Obama said when he spoke On Air With Ryan Seacrest Monday.

Obama claimed that the website, “which now works flawlessly,” offers a cache of “good deals” for the American people. Seacrest (yet another Hollywood actor who promotes, but will never use, Obamacare) and the president even closed the segment with a cute holiday jingle remix:

“All I want for Christmas is you to sign up for healthcare on Healthcare.gov.”

But the odds are not in their favor.

According to the latest Rasmussen Reports poll, 78 percent of likely U.S. voters are very happy with their health insurance. Considering only 6.7 million people are currently covered through the Affordable Care Act, it is safe to say that they are enjoying quality care outside of the president’s utopian system. They likely will not be switching over anytime soon either.

Fifty-three percent expect the national health care system to get worse under Obamacare. This number is essentially the same as last year’s results (52 percent).

Additionally, a mere 29 percent believe the system will improve via the new law, a three-percentage point drop from 2013.