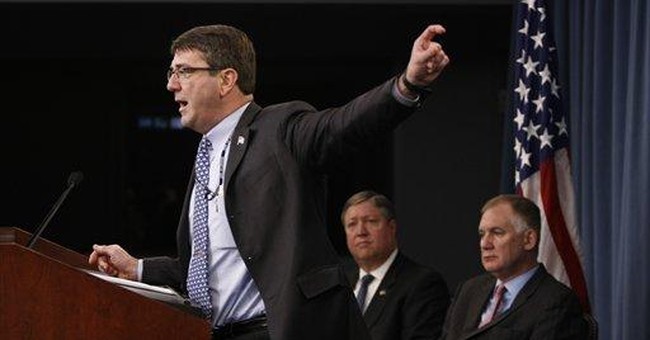 “He knows the Department of Defense inside and out,” Obama stated Friday, “which means he will hit the ground running.”

Carter has served under 11 Secretaries of Defense during his tenure in the Pentagon. From Oct. 2011 to Dec. 2013 Carter was the second-highest ranking official in the Department of Defense. As deputy defense secretary, he served as the chief operating officer and chief managing officer. Carter also served as assistant secretary of defense for international security policy under the Clinton Administration.

“There are countless Americans who are alive today, in part because of Ash’s efforts,” Obama claimed. “He is also a physicist, which means he is one of the few people who understands how our defense system [works]."

The new nominee has never served in the military or in Congress. However, like Obama, he has an impressive resume as an academic. Carter graduated from Yale University with bachelor’s degrees in both physics and medieval history, and went on to become one of the prestigious Rhodes Scholars at Oxford University. He later spent time at teaching positions at both Harvard and MIT.

There are no shortages of challenges to our national security, Obama said. However, his confidence in Carter’s advice has already been well established as they have worked together in the Situation Room.

Moving forward, Obama cited a desire to invest in “new capabilities to meet long term threats,” such as cyber defense and satellites.