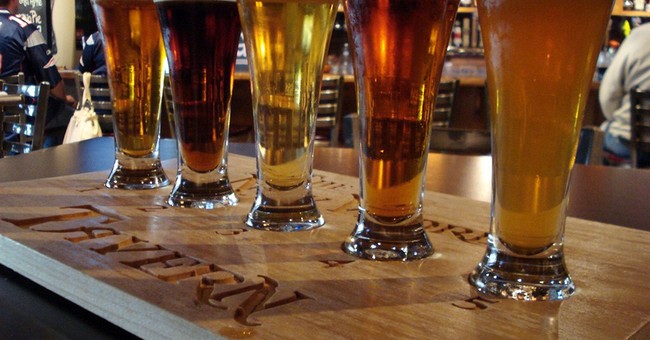 Creating craft beer may be an art, but with the government’s overbearing regulations, opening a microbrewery is increasingly turning into a science. These undue burdens on the federal and state level are limiting microbreweries’ competition and innovation, according to a recent study by the Mercatus Center.

Virginia brewers, for instance, must overcome 12 separate regulations prior to selling alcohol:

The wait times for many of the regulatory procedures exceed 100 days, the study found. There are also heavy monetary burdens: a single license could cost more than $2,000. These hurdles are in addition to standards set for small businesses (such as incorporation rules, tax compliance costs, and zoning ordinances).

The tiers of regulations are curious, considering it is in the government's best interest to promote a free market economy. California craft brewers alone had an output of $4.7 billion in 2012, according to the Brewers Association report:

Small and independent American craft brewers contributed $33.9 billion to the U.S. economy in 2012. The figure is derived from the total impact of beer brewed by craft brewers as it moves through the three-tier system (breweries, wholesalers and retailers), as well as all non-beer products like food and merchandise that brewpub restaurants and brewery taprooms sell....

The industry also provided more than 360,000 jobs, with 108,440 jobs directly at breweries and brewpubs, including serving staff at brewpubs.

States such as New York, Illinois, and North Carolina have begun to address the problem by creating regulation exemptions and offering subsidies and grants. Consumer choice ought to drive or curb the market, not government dictatorship.