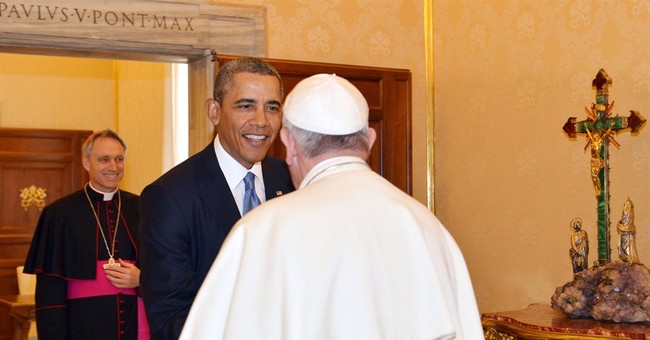 A Colorado federal court ordered to halt the Obamacare abortion pill mandate for the Fellowship of Catholic University Students due to the statute’s direct violation of its sincere religious beliefs.

The group filed the lawsuit in December explaining:

FOCUS holds, as a matter of religious conviction, that it is immoral for FOCUS to intentionally participate in, pay for, train others to engage in, enable or otherwise support or facilitate access to contraceptives, sterilization, abortion, abortion-inducing drugs, devices, and services.

Plaintiffs claimed the mandate therefore directly violates the Religious Freedom Restoration Act, which forbids the government from “substantially burden a person’s exercise of religion even if the burden results from a rule of general applicability.”

They also demanded their Free Exercise, Establishment, and Free Speech rights be respected per the First Amendment of the U.S. Constitution and called into play their guaranteed liberties of due process and equal protection under the Fifth Amendment.

In 1998, the year FOCUS co-founder Curtis Martin launched the group, he met Pope John Paul II. According to their website, the Pope listened to Curtis’ vision for the Catholic campus outreach and “simply told Curtis, ‘Be soldiers.’” Little did he know how true to life the imperative statement would become.

The Catechism of the Catholic Church explicitly condemns abortion or taking any part in assisting an abortion:

Human life must be respected and protected absolutely from the moment of conception….Formal cooperation in an abortion constitutes a grave offense. The Church attaches the canonical penalty of excommunication to this crime against human life….

The federal court’s preliminary injunction will stand until the Supreme Court makes a ruling in the Hobby Lobby case. The decision is expected by summer.