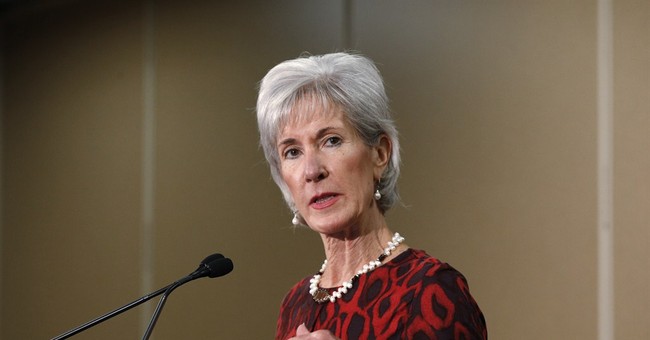 Just days before her resignation, Kathleen Sebelius stated at the Conference on World Affairs that America is spreading its unhealthy habits to other countries.

“Globalization spread some of our bad habits,” she said. “Tobacco use and over consumption. (Non-communicable diseases) are killing people in every country and every part of the world.”

It was one part of a keynote address at the annual conference that ignored the massive stumbling blocks the attempt to socialize medicine in America has faced under her tenure.

Her talk on Monday offered hardly any praise for Obamacare – save the claim it helps prevent diseases.

“Part of Affordable Care Act is to diagnose the illness before it becomes a problem,” Sebelius said. “It is something that has been underreported and there are real preventions being made for this country.”

She launched her talk by citing the swine flu outbreak in 2009, saying the United States could not tackle the crisis “alone.” She called for global partnerships, saying health doesn’t end at “national boundaries.”

The Obama Administration has never staunchly advocated American Exceptionalism. They even remained mute when Russian President Vladimir Putin warned that it is dangerous to encourage Americans to see themselves as exceptional. It seems, that in addition to being unexceptional, America is actually becoming a global health hazard, in Sebelius' view.

Fun fact: the United States did not even place in the top five cigarette smoking countries. The list was headed by Serbia, Bulgaria, Greece, Russia and Moldova.

However, perhaps through tighter restrictions on things like nutrition labels and vending machine, Americans can be trained to make healthier choices.