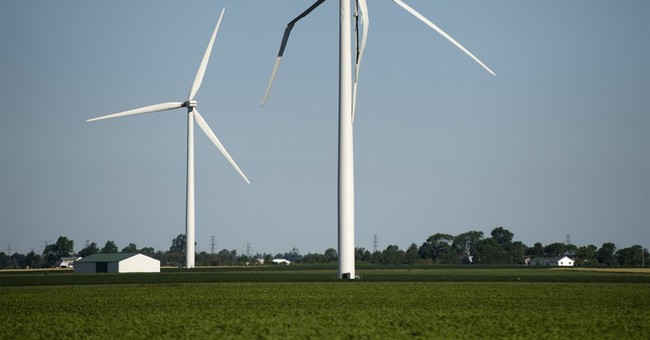 As Leah noted this morning, Texas is undergoing a severe cold snap right now. Millions are without power, with temperatures plunging into the single digits. It’s severe. Some people have tragically died. This winter storm came barreling down during the Presidents’ Day weekend causing the Lone Star State to issue a statewide winter storm warning for the first time, according to The Washington Post.

A severe cold snap has turned the central and southern parts of the country into an extension of the Arctic, with dangerously low temperatures not seen in decades and a blast of snow and ice which has shut down population centers in multiple states.

The excessive cold has sent energy demand skyrocketing. In Texas, 4.3 million customers were without electricity as of 8:45 p.m. Eastern, according to poweroutage.us, ahead of what was expected to be one of the state’s coldest nights on record, with most areas falling to the single digits or lower.

In Texas, officials have warned that people may die of hypothermia and carbon monoxide poisoning from improper use of generators. The economic toll on agriculture could be staggering, with meteorologists in the insurance industry expecting this event, which should go through the end of the week, to end with a billion-dollar cost.

has declared an EEA 2. Consumers are urged to reduce electricity use. Rotating outages may be needed to protect the system. 01:12:06 150221

has declared an EEA 3. Energy conservation is critical. Rotating outages are underway to reduce demand on the electric system. We urge Texans to put safety first during this time. Traffic lights and other infrastructure may be temporarily without power. 01:25:40 150221

Sadly, that’s already happened. Two people died from carbon monoxide poisoning after they tried to use their car to heat the home. Another family of six had to be treated for using a charcoal grill to heat their home. What the hell is going on here? I’d expect power grid failures from states like California, which sees rolling blackout during the summer months, but Texas? Deep-red Texas can’t heat the homes of its residents because of snow and ice. If inclement weather shuts you down, what goes is this so-called green energy push? It’s a government-subsidized boondoggle. It always has been, and now loads of people are at risk The Wall Street Journal editorial board knew exactly who to blame for this fiasco:

While Texas is normally awash in gas and oil, the Electric Reliability Council of Texas, which oversees the state’s wholesale power market, urged residents this weekend to conserve power to avoid power outages. Regulators rationed gas for commercial and industrial uses to ensure fuel for power plants and household heating.

Texas’s energy emergency could last all week as the weather is forecast to remain frigid. “My understanding is, the wind turbines are all frozen,” Public Utility Commission Chairman DeAnn Walker said Friday. “We are working already to try and ensure we have enough power but it’s taken a lot of coordination.”

Blame a perfect storm of bad government policies, timing and weather. Coal and nuclear are the most reliable sources of power. But competition from heavily subsidized wind power and inexpensive natural gas, combined with stricter emissions regulation, has caused coal’s share of Texas’s electricity to plunge by more than half in a decade to 18%.

Wind’s share has tripled to about 25% since 2010 and accounted for 42% of power last week before the freeze set in. About half of Texans rely on electric pumps for heating, which liberals want to mandate everywhere. But the pumps use a lot of power in frigid weather. So while wind turbines were freezing, demand for power was surging.

Gas-fired power plants ramped up, but the Arctic freeze increased demand for gas across the country. Producers couldn’t easily increase supply since a third of rigs across the country were taken out of production during the pandemic amid lower energy demand. Some gas wells and pipelines in Texas and Oklahoma also shut down in frosty conditions.

Liberals claim that prices of renewables and fossil fuels are now comparable, which may be true due to subsidies, but they are no free lunch, as this week’s energy emergency shows. The Biden Administration’s plan to banish fossil fuels is a greater existential threat to Americans than climate change.

The op-ed also noted that while California banned coal eons ago, they had to import power from coal plants last summer to ensure their power infrastructure…continued to work.

When I say things aren’t okay in Texas I mean it. We spend our time bragging about how great we are but we can’t survive an event like this on our grid. Accountability now. #RollingBlackouts #TexasFreeze #txlege

On a call for Texas lawmakers, I'm told ERCOT said they did not have a worst case scenario to share, the best case scenario was to continue with rolling blackouts. Also lawmakers were not provided with an estimate of when power could be fully restored #TxLege #TexasFreeze

Millions of Texas in danger, and this is the unclear, unhelpful tweet you send?#txlege https://t.co/MGVnSb5Cyk

This is another green nightmare. Solyndra revealed the sordid and corrupt aspect of this sector and Texas is showing its unreliability and utter uselessness with keeping people’s lights on, especially during a nasty winter storm. What good is wind power if the turbines freeze?

There is nothing more reliable than fossil fuels and coal to generate power and keep our economy going. Period. And the good news is we’re the Saudi Arabia of coal. With coal and natural gas combined, we have close to a millennium worth of energy. We’ve long known that we’re energy-independent. Liberals just don’t like the resources that got us there. Sorry, you’re either for energy independence or you’re not in this situation. You can’t choose. You’re either for heating and providing energy to Americans or you’re not. There is no middle way. And right now, Democrats are all for the Venezuelan model which is complete and total crap.