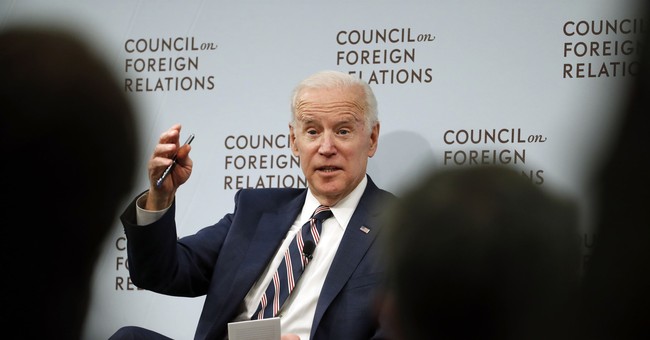 If there’s one thing I could tell a Never Trumper, or a Trump skeptic Republican, it’s that they shouldn’t veer into the Democrats’ camp. Okay—some have already floated into that orbit, but they will never like you, or accept you. They just like that there’s some dissention, albeit dumb dissention, within the ranks of the GOP and conservative movement over Donald J. Trump. The Left hates us. As a Korean-American, they’re infuriated that me, a person of color, didn’t walk into their depraved left wing arms from the get-go because that’s what I’m supposed to do in their eyes—and yet, they whine and bitch about the patriarchy and white privilege. White liberals railing against those things, but become enraged when people of color become conservatives, as if they’re saying ‘no that’s not how you people should act or behave.’ We’re against paternalism unless it’s our paternalism. Yeah, sorry liberals, you can all go die in a fire.

Hillary Clinton called half the country deplorable for supporting a Republican in 2016. Anyone who is not like them is the enemy, or a dreg of society. Yeah, that’s what former Vice President Joe Biden called Trump supporters at the Human Rights Campaign dinner over the weekend (via Washington Times):

Former Vice President Joseph R. Biden assailed President Trump’s supporters during a speech Saturday at the annual Human Rights Campaign dinner in Washington, lamenting that “virulent people” and the “dregs of society” still had a friend in the White House.

Mr. Biden told an enthusiastic crowd of LGBTQ rights advocates that social conservatives at home and abroad who used religion or culture as a “license to discriminate” were committing a “crime” of prejudice.

“Despite losing in the courts and in the court of public opinion, these forces of intolerance remain determined to undermine and roll back the progress you all have made,” he argued. “This time they — not you — have an ally in the White House.

“They’re a small percentage of the American people, virulent people,” he continued. “Some of them the dregs of society. And instead of using the full might of the executive branch to secure justice, dignity [and] safety for all, the president uses the White House as a literal, literal bully pulpit, callously exerting his power over those who have little or none.”

So, he went Hillary in this speech, as he also mulls a 2020 run against Trump. His inner circle says he will decide by January of 2019. No doubt getting the Left riled up to hate half the country isn’t hard—and in this era, it’s almost a necessity to drum up enthusiasm on the other side. A religious person—burn them. A gun owner—burn them. A Republican—burn them. A rural voter—bash him. There are a lot of Americans who aren’t in the mold of the snobby, condescending, and over educated busy bodies that dot the Acela Corridor. If anything, I would be hard pressed to find anything in common with a liberal, except for the fact that we use the same tax form. We honor the Constitution, they don’t. We love freedom, our troops, our anthem, and want a society based on law and order—they don’t. We cherish freedom of speech—they want speech codes to protect their soft, petulant, PC-infested feelings from getting hurt. We may not like liberals, but they hate us. They always will. Now, who’s ready to vote straight party this November.