SF Mayor: Holy Crap...There's More Feces Than I've Ever Seen In My City 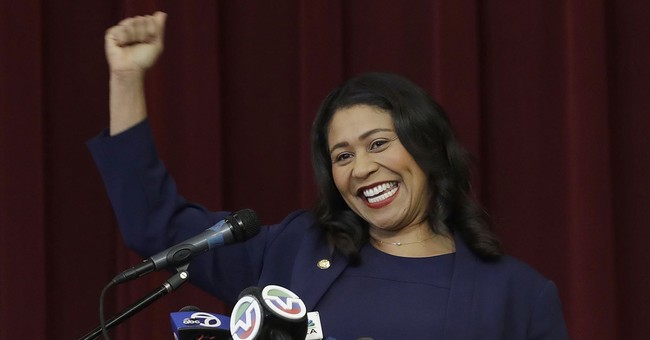 So, remember when liberals got all huffy about President Trump reportedly describing some countries as “s**tholes”? It was yet another hook for the anti-Trump media to call him a racist, say this is wrong, say this is very bad, etc. and no one cared. Haiti is a hellhole, as is North Korea. There are some places on planet earth that are flat out crappy. Liberals got played into defending not only an indefensible position, but also one that was straight up idiocy.

Now, the city of San Francisco is boosting its street cleanup by 20 percent to deal with the pervasive fecal problem engulfing the city. Yes, the city is covered in crap, and the mayor, London Breed, was reportedly aghast at how much poop is all over the place. The amount of poop could make your head could spin…right into the trash receptacle so you can vomit. The reason for increase in fecal matter is due to all the homeless people who are relieving themselves all over the city. Not only that, but there are needles from drug use all over the place. As Breed toured the streets, cameras caught one bystander preparing to shoot up. The mayor doesn’t appear to have plans to institute harsher penalties for people who defecate in public (via NBC Bay Area):

The report centered around a 153-block survey of downtown San Francisco, which revealed trash on every block, 100 needles, and more than 300 piles of feces along the 20-mile stretch of streets and sidewalks.

San Francisco is slated to spend nearly $280 million this year on housing and services for the homeless — a roughly 40 percent increase compared to just five years ago. Over that same span, however, the number of homeless in the city has largely remained the same at about 7,500 people, according to city counts.

"About 70 percent of the people estimated to be homeless in San Francisco were actually housed in San Francisco before they became homeless," Breed said. "We have to make sure people who live here, [and] sadly, people who are homeless here, that they are also held accountable for taking care of our streets. This is our home."

San Francisco spent $65 million on street cleaning last year and plans to add nearly $13 million in additional spending over the next two years.

So, San Francisco is a literal cesspool. It already was due to its politics, but now it’s literally a crappy city.