NYT Reporter Blamed Leaks On 'Trumpster Lawyers,' But Records Show It Was Probably Her Boyfriend 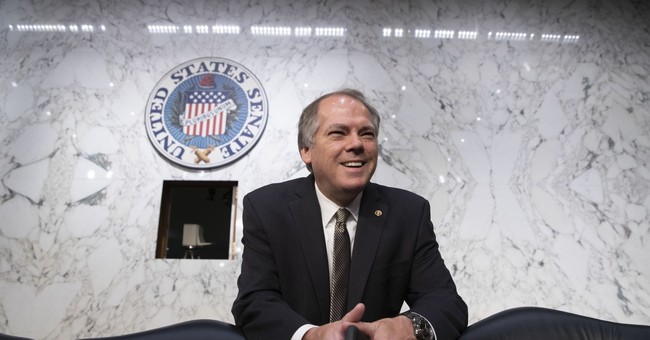 Well, this is an interesting story. James Wolfe, the director for security on the Senate Intelligence Committee, was arrested yesterday for lying to the FBI concerning his contacts with three reporters. He allegedly shared classified information with them. One of those leaks involved Carter Page, Trump’s former foreign policy adviser, who was issued a subpoena by the committee for testimony. The FBI has been investigating why the government has had more leaks than the Iraqi Navy for months, and they also seized years of records from New York Times reporter Ali Watkins, who had been in a relationship with Wolfe. The bureau was curious as to how she knew that Russian intelligence agents tried to recruit Page as an asset in 2013 (via NYT):

A former Senate Intelligence Committee aide was arrested on Thursday in an investigation of classified information leaks where prosecutors also secretly seized years’ worth of a New York Times reporter’s phone and email records.

The former aide, James A. Wolfe, 57, was charged with lying repeatedly to investigators about his contacts with three reporters. According to the authorities, Mr. Wolfe made false statements to the F.B.I. about providing two of them with sensitive information related to the committee’s work. He denied to investigators that he ever gave classified material to journalists, the indictment said.

Mr. Wolfe, the Intelligence Committee’s director of security, was slated to appear before a federal judge on Friday in Washington. Reached on Thursday evening before his arrest, Mr. Wolfe declined to comment.

Court documents describe Mr. Wolfe’s communications with four reporters — including Ms. Watkins — using encrypted messaging applications. It appeared that the F.B.I. was investigating how Ms. Watkins learned that Russian spies in 2013 had tried to recruit Carter Page, a former Trump foreign policy adviser. She published an article for BuzzFeed News on April 3, 2017, about the attempted recruitment of Mr. Page in which he confirmed the contacts.

In another case, the indictment said, Mr. Wolfe used an encrypted messaging app to alert another reporter in October 2017 that he had served Mr. Page with a subpoena to testify before the committee. The reporter, who was not named, published an article disclosing that Mr. Page had been compelled to appear. After it was published, Mr. Wolfe wrote to the journalist to say, “Good job!” and, “I’m glad you got the scoop,” according to court papers.

The same month, Mr. Wolfe reached out to a third reporter on the same unidentified app to offer to serve as an unnamed source, the documents said.

Mr. Wolfe, a former Army intelligence analyst, worked for the committee in a nonpartisan capacity for nearly 30 years. He worked closely with both Democrats and Republicans on the committee.

The Times added that Watkins was informed by the DOJ on February 13 that subscriber and customer service information from her email and phone accounts with Verizon and Google were obtained, though they did not have the content of the messages. The publication added that Watkins joined The Times in December of 2017, and these records obtained by DOJ covered years in which she was not an employee of the paper, and that federal prosecutors also sought records from when she covered national security for Politico and BuzzFeed News. Wolfe tried to deny knowing Watkins, but when confronted with pictures of the two by the FBI, he admitted to having a relationship with her, starting in 2014.

The SSCI read is, Trumpster lawyers will leak info about upcoming appearances, blame the committee, then use as a pretext not to cooperate.

Watkins gained national attention in 2014, when she and two other reporters broke the story that the CIA was spying on Senate staffers of Sen. Dianne Feinstein (D-CA), who was then the chair of the Senate Intelligence Committee, who were compiling a comprehensive report on the enhanced interrogation program.

Concerning the leaks, Watkins had blamed “trumpster lawyers,” but it seems all roads are pointing to her boyfriend.