Santorum: You Know That Cruz And Paul Are Really Just ‘Bomb Throwers,’ Right? 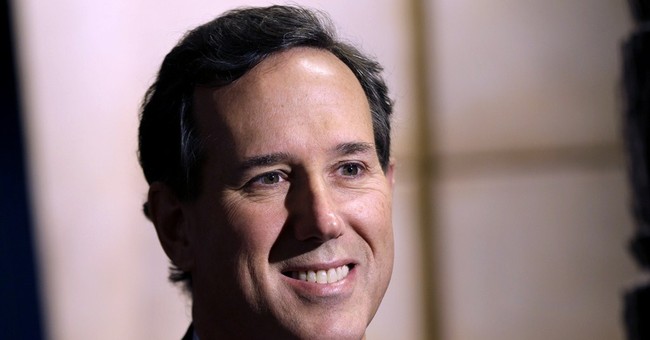 With 2016 rumblings abounding, we forgot about Rick Santorum. The former Pennsylvania Senator threw some early punches last week at his potential rivals, calling Sen. Rand Paul (R-KY) and Sen. Ted Cruz (R-TX) “bomb throwers,” who had no real accomplishments on their resumes (via NYT):

Discussing Mr. Huckabee, the former Arkansas governor and winner of the 2008 Iowa caucuses, Mr. Santorum raised four policy issues that he said would prompt questions about Mr. Huckabee’s fealty to conservative principles. Mr. Santorum was even harsher when discussing Mr. Paul of Kentucky and Mr. Cruz of Texas, both first-term senators, dismissing them as “bomb throwers” with scant achievements.

“Do we really want someone with this little experience?” Mr. Santorum asked, referring to Mr. Paul, Mr. Cruz and Senator Marco Rubio of Florida, who is also in his first term. “And the only experience they have basically — not Rubio, but Cruz and Paul because I don’t think Rubio is going to go — is bomb throwing? Do we really want somebody who’s a bomb thrower, with no track record of any accomplishments?”

As for Huckabee, Santorum noted that the former Arkansas Governor once supported cap-and-trade legislation: