Gruber: GOP Can't Repeal Obamacare, But Can 'Kill It From The Inside' 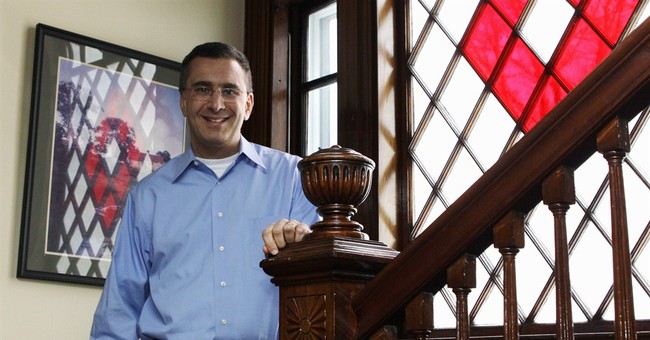 Obamacare architect Jonathan Gruber got into some hot water when videos of him saying that “the stupidity of the American voter” and the lack of transparency were key to getting the law passed surfaced before the Thanksgiving holiday. He pretty much confirmed what conservatives thought of the law when it was being debated in 2009-2010.

Now, RebelPundit has a video showing Gruber saying in 2012 that this whole law could die on the vine if the mandate is struck down:

What they can do, is they can essentially kill it from the inside, because this is such a complicated transformation that fundamental leadership is required at the federal level, and that leadership has to come from the president and the administration, in terms of financing decisions, and just sort of cheerleading as this thing gets implemented.

The lack of cheerleading and financial support could cause the implementation to go terribly and cause this thing to crater in on itself.

So there is enormous risk the entire law just craters if there’s not someone in the White House who cares about making it work.

So you don’t need active repeal. You just need ignorance, ignoring the law, and letting it wither on the vine. That may be enough, and that’s real threat, that’s the major threat I think the law faces.

With the Supreme Court scheduled to hear a new Obamacare challenge, the justices could “kill it from the inside,” as Gruber put it.