What If Republicans Lose In Colorado And Iowa? 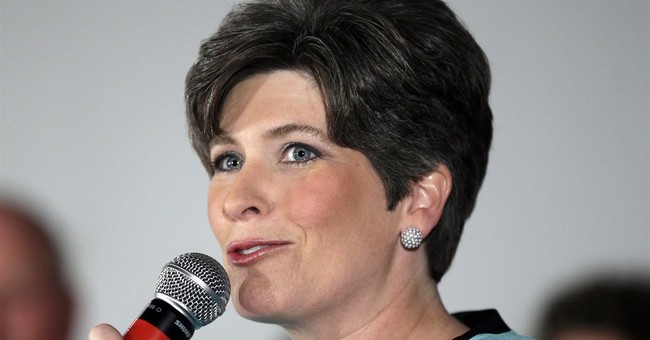 Yesterday, Roll Call’s Stu Rothenberg predicted a Republican Senate wave in 2014. Charles Cook of the Cook Political Report noted that while it doesn’t look like a wave election since polling numbers in competitive races have become relatively entrenched in the toss-up area, Democrats have a lot to be fearful of going into the fall campaign: the president’s approval numbers are bad, the economy is lackluster, and nobody is happy with what’s going concerning foreign policy, especially when it looks like we’re rudderless; we’re also war fatigued.

Yet, what does it say for Republicans if we can’t win races in states where Romney won by 10-plus points or more? Alaska, Louisiana, and Arkansas are all polling close and that hasn’t changed, but what about Iowa and Colorado. Amy Walter, also of the Cook Political Report, made the ominous observation that if Republicans can’t win in these states with conditions favorable to Republicans, then how can the GOP be expected to win them in 2016? In Iowa, the GOP seems to have a problem with turnout.

This year, Republicans have the wind at their back in both Colorado and Iowa. The president’s low approval ratings, the very high percentage of Americans who think the country is headed in the wrong direction, and the deep pessimism about the state of the economy all benefit the GOP. Republicans fielded a strong candidate in Colorado, a marked improvement from their weak challenger of 2010. In Iowa, the combination of a stumbling Democratic candidate and a stronger-than-expected Republican candidate has helped to keep that race a Toss Up.

For their part, Democrats are not without some weapons at their disposal. In Colorado, Democrats are counting not just on demographics (including a big gender gap) to pull Sen. Mark Udall through, but they are also banking on new voting laws passed by the Democratic-controlled legislature in 2013 which allow for same day registration and a requirement that all registered voters receive a ballot in their mailbox. In Iowa, Democrats have a long history of successfully finding and turning out their voters. In fact, if you look at the difference between John Kerry’s narrow loss in 2004 and Barack Obama’s 52 percent win in the state in 2012, you can see the power of turn-out at work. While Romney simply hit or narrowly exceeded George W. Bush’s margins in many of the key counties, Obama dramatically out-performed Kerry, even in Democratic-leaning counties. For example, Kerry won Polk County (Des Moines), by 52 percent in 2004. Obama carried it with 57 percent in 2012.

Even so, Republicans have everything going for them in 2014. If the combination of a great environment, lower turn-out, and good candidates can’t get them to victory in swing states like Colorado or Iowa, it doesn’t bode well for a GOP presidential candidate in 2016.

Guy posted a great breakdown of the top Senate races and mentioned that Rep. Corey Gardner, Sen. Mark Udall’s Republican opponent in Colorado, has “some work to do,” but seems to have a lot of energy behind him. Additionally, it doesn’t help that some in the Colorado media observed that Sen. Udall acted like a “deer in the headlights” at times during their first senate debate last weekend. And don’t forget about this FEC complaint that was filed against him; let’s see how this plays out with voters.

In Iowa, Democratic Rep. Bruce Braley’s disparaging remarks about farmers and popular Sen. Chuck Grassley has contributed him to being in a virtual dead heat with Republican Joni Ernst; Braley’s only up 2-points with leaners. Those who are undecided lean towards the GOP, according to NYT/YouGov poll.

Election Day is drawing closer. While the map favors Republicans, it’s still fragile. If Republicans manage to retake the Senate, but lose Colorado and Iowa; then we should celebrate Harry Reid being dethroned as Senate Majority Leader. At the same time, whoever is our 2016 nominee will have to figure out what to do in Colorado and Iowa. A party’s ability to win swing states demonstrates its strengths or weaknesses going forward, Walter wrote. “If the GOP loses the ground game in swing states in a year like 2014, it means that they could get swamped in 2016.”