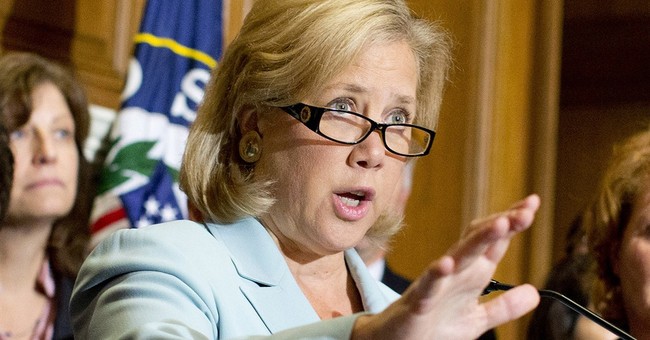 As Guy noted, Sen. Mary Landrieu, who’s already in some trouble over billing for her jet flights, listed her family’s home as her residence in Louisiana when filing to run for re-election. That elicited some criticism and a lawsuit filed by Louisiana State Rep. Paul Hollis, who claimed she should be ineligible to run for a fourth term. Well, the issue is settled; the judge threw out the lawsuit, calling it “premature” (via Associated Press):

U.S. Sen. Mary Landrieu will remain on the Nov. 4 ballot in Louisiana after a state judge dismissed a lawsuit Friday that had claimed the Democrat was not qualified to run for re-election because she lives full-time in Washington.

Fields said the U.S. Constitution clearly describes the qualifications required of a senator, saying the person must be a resident of the state at the time of the election. The judge said that means a challenge could be filed only after a winner is chosen by voters, in either the Nov. 4 election or the Dec. 6 runoff.

"She has not been elected, and if I read the Constitution in its plain language it says 'when elected,'" Fields told Hollis and his lawyer.

Under the U.S. Constitution, senators must be an "inhabitant" of the states they seek to represent. Landrieu says she lives with her parents in New Orleans when in Louisiana, and she is registered to vote in Louisiana with that address. Hollis says Landrieu is a "full-time, permanent inhabitant" of Washington, D.C., where she owns a $2.5 million home.

Residency criticism in 2002 and 2008 failed to unseat Landrieu, whose family has strong New Orleans roots — her brother Mitch is in his second term as mayor and the job also was once held by their father. She has held elected office in Louisiana since 1980.

If Landrieu fails to win a majority of the vote on Election Day, which is expected to happen, she faces a runoff with the candidate that had the second largest share of the vote. That person will likely be Republican Rep. Bill Cassidy, who holds a 3-point lead over her amongst likely voters in a head-to-head match-up.