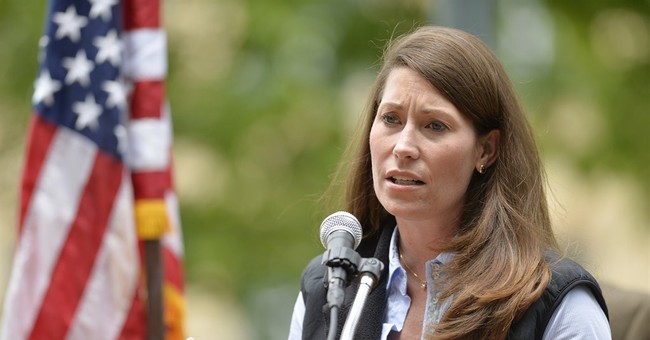 Senator Mitch McConnell’s Democratic opponent, Alison Lundergan Grimes, has no clue what Israel’s Iron Dome is, or what it does to protect their civilians from Hamas rocket attacks. Apparently, she thinks that it prevents Hamas from attacking Israel from underground (via Lexington Herald-Ledger):

As foreign policy inches its way into a debate that has largely focused on the economy, Grimes was asked about congressional efforts to aid Israel's missile defense system, known as the Iron Dome.

"Obviously, Israel is one of our strongest allies in the Middle East, and she has the right to defend herself," Grimes said. "But the loss of life, especially the innocent civilians in Gaza, is a tragedy. The Iron Dome has been a big reason why Israel has been able to withstand the terrorists that have tried to tunnel their way in.

Well, in case you missed it, Ms. Grimes, the Iron Dome is Israel’s missile defense system that intercepts incoming rockets, specifically those coming from Hamas.

Grimes said defeating McConnell is her “number one priority.”

While vulnerable, McConnell is leading Grimes, but within the margin of error according to a new Bluegrass poll. Nevertheless, he’s virtually tied with Grimes concerning likely women voters, with forty-six percent of Kentucky women siding with him, while forty-seven percent are backing Grimes. He’s also winning the 18-34 demographic at forty-nine percent to Grimes’ forty-four percent.