Hillary Clinton's Book Is Dethroned From The Bestseller List 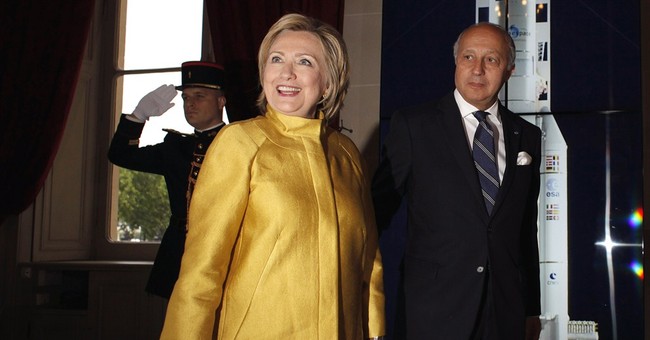 So, a book that details the antipathy the Obama and Clinton families have for one another just bumped Hillary’s Hard Choices book from the top spot on the bestseller list. I’m sure Edward Klein, who wrote Blood Feud, is amused by this development.

Yet, should we be surprised that Hillary’s book was knocked off the throne? Over at Hot Air, Ed Morrissey has been documenting the dismal sales of Clinton’s Hard Choices. It was only a matter of time before something more interesting took its place – and stories about palace intrigue can fill that void.

Although, right now Hillary should be considering the fallout from the time she spent as a young lawyer, where she defended a man who allegedly raped a twelve-year old girl. The Hillary Tapes, as they’re being called, even left a bad taste in the mouths of the crowd over at MSNBC, who called the recordings “disturbing.”

Noah Rothman wondered if this incident could revoke Hillary’s “advocate for women” card before the 2016 election.

I’ll let you decided if Hillary waged a one-woman war on this twelve-year old girl, who said that the former First Lady put her "through hell” over this ordeal.

And, speaking of the war on women, make sure you check out Katie Pavlich’s new book Assault and Flattery, which has a healthy portion dedicated to Slick Willy and the former Secretary of State.