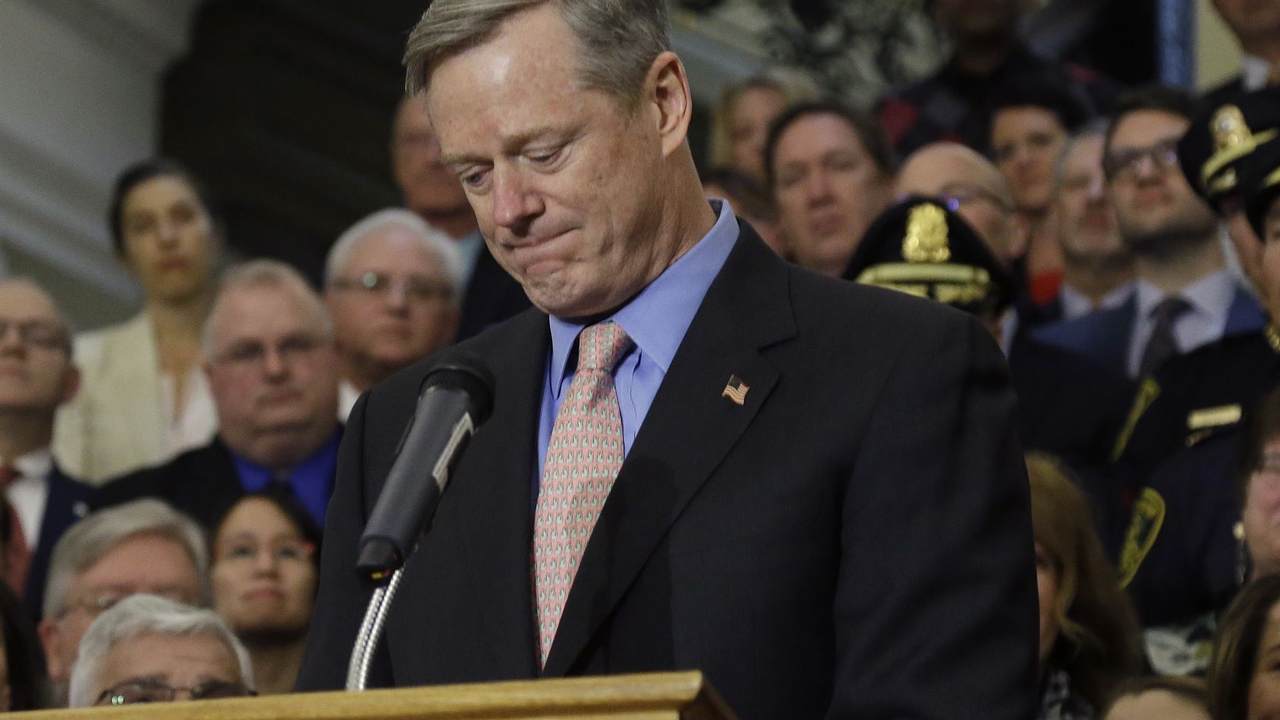 Gov. Charlie Baker may be a “Republican” by Massachusetts standards, but he is no conservative. While he's proudly pro-choice, there were some provisions in the legislature’s ROE Act, which would codify abortion rights in the state and expand abortion access, that even went too far for him.

“...I cannot support the sections of this proposal that expand the availability of later-term abortions and permit minors age 16 and 17 to get an abortion without the consent of a parent or guardian,” Baker said in a recent letter to lawmakers, explaining his decision to veto the bill. “I, therefore, again urge the Legislature to enact the compromise version of this bill that would affirmative protect a woman’s right to access an abortion, but would restore the existing framework around latte-term abortions and parental consent.”

Lawmakers in the state weren’t budging, however, and overrode the veto measure on Tuesday.

The Massachusetts state Senate joined the state House of Representatives Tuesday in passing legislation that enshrines abortion rights in state law and expands access to 16-year-olds. The move by the two chambers overrides Gov. Charlie Baker's veto of the measure last week.

The ROE Act, as it's called, will allow abortions after 24 weeks of pregnancy in cases with a fatal fetal anomaly and in instances when a physician deems it necessary "to preserve the patient's physical or mental health."

It also lowers the age at which individuals can seek an abortion without the consent of a parent or a judge from 18 to 16. (NPR)

Sen. Harriette Chandler, who championed one of the bills, hailed the legislature’s response to secure “reproductive freedom.”

“Pregnant people who once faced near-insurmountable barriers accessing abortion care can now seize the right to control their own bodies. I am so proud of the policies included in the #ROEAct and of the @MA_Senate for our commitment to reproductive freedom,” she said on Twitter.

Pregnant people who once faced near-insurmountable barriers accessing abortion care can now seize the right to control their own bodies.

I am so proud of the policies included in the #ROEAct and of the @MA_Senate for our commitment to reproductive freedom. #mapoli pic.twitter.com/pRBKmbAQLB

(Much like her neighbors at Harvard, referring to those “people” who can get pregnant as women apparently was a bridge too far.)

"With the ROE Act provisions now law, most young adults seeking abortion will be able to access the care and support they need without navigating the court system, and pregnant people facing a fatal fetal diagnosis later in pregnancy will be able to access abortion care here in Massachusetts, with a provider they know and trust, rather than traveling across the country for care," read a statement.

I’m very glad that the Massachusetts legislature voted to override the governor’s veto of the #ROEAct. Big thanks to our state leaders – and everyone who made their voices heard – for protecting and improving abortion access in the Commonwealth. https://t.co/Cigl7n01nb

Townhall columnist and radio host Kevin McCullough put how radical this legislation is in perspective:

16 year olds can’t get an aspirin in the schools without parental consent...https://t.co/06DRdbQoum