Haley on NYT Curtain Story: They Knew the Truth and Released Story Anyway 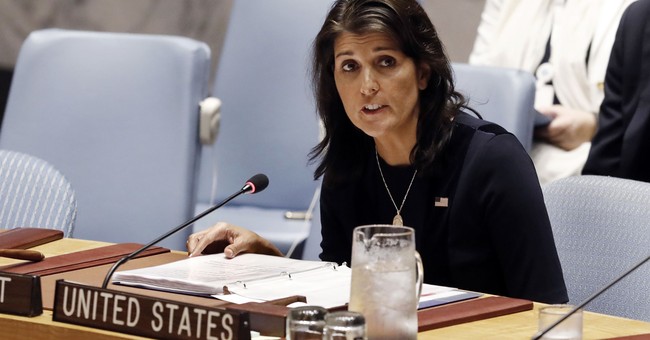 Nikki Haley, United States ambassador to the United Nations, said Thursday that The New York Times knew exactly what they were doing when they decided to publish a misleading story about the cost of the curtains in her official Manhattan residence.

In a story initially titled “Nikki Haley's View of New York is Priceless. Her Curtains? $52,701,” the Times did not mention that the crucial fact that the curtains were purchased during the Obama administration—which she had nothing to do with—until the sixth paragraph.

"We're stopping stories every day that aren't truthful,” Haley told Fox News's Martha MacCallum on "The Story." "I hadn't even taken the job when these curtains were being picked up."

"They knew the facts and they released the story anyway," she said.

Even though the Times eventually issued a clarification, changed the title, and removed the photo of Haley associated with the story, she said it was too late, the “damage was done.”

“An earlier version of this article and headline created an unfair impression about who was responsible for the purchase in question,” the correction states. “While Nikki R. Haley is the current ambassador to the United Nations, the decision on leasing the ambassador’s residence and purchasing the curtains was made during the Obama administration, according to current and former officials. The article should not have focused on Ms. Haley, nor should a picture of her have been used. The article and headline have now been edited to reflect those concerns, and the picture has been removed."

"I appreciate the retraction, but that story follows you where ever you go," Haley told Fox. "The damage is done once the story is out."

"All last weekend, wherever I went, people were asking me about my curtains," she explained.