McConnell: GOP's Battle to Hold Senate Is Like a 'Knife Fight in an Alley' 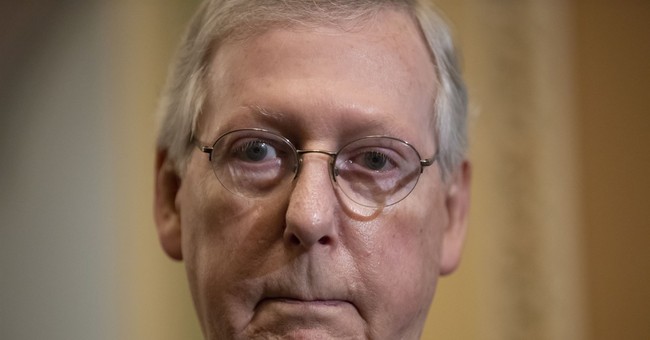 Senate Majority Leader Mitch McConnell acknowledged the difficulty Republicans in competitive races face as they struggle to hold the Senate in the midterm elections.

“We know this is going to be a very challenging election,” he told reporters in Louisville, Ky., on Tuesday.

McConnell likened the challenge to “a knife fight in an alley,” adding that it’s “just a brawl in every one of those places.”

Senate Majority Leader McConnell says that the Senate races in this year’s midterm elections are going to be “very challenging,” comparing each one to “a knife fight in an alley.” https://t.co/cIcjCmP7TQ

He named nine states where Senate races are “dead even”: Arizona, Nevada, Tennessee, Montana, North Dakota, Missouri, Indiana, West Virginia and Florida. According to RealClearPolitics, all of these races except West Virginia are toss ups.

The Senate majority leader said he hopes "when the smoke clears we'll still have a majority in the Senate."

McConnell specifically brought up the Texas Senate race between Republican Sen. Ted Cruz and Democratic Rep. Beto O’Rourke, which he said has been tightening in recent polls.

Cruz acknowledged he faces a real challenge in O’Rourke, saying recently that “We’ve got a fight on our hands.”

“The extreme left, they’re angry, they’re energized and they are filled with hatred,” he added.