Families of Shooting Victims to de Blasio: 'We Need Stop-and-Frisk' 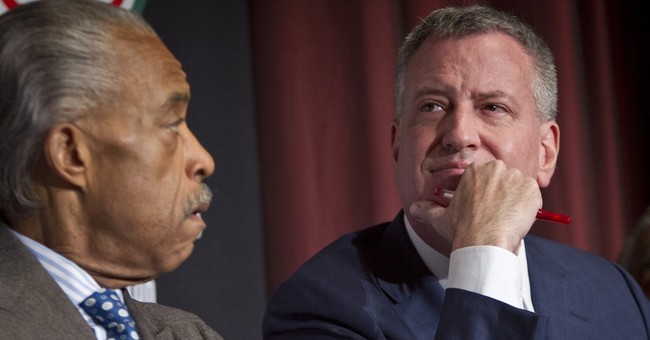 There’s a new crime wave hitting cities across the nation, suggesting the country’s “two-decades long crime decline may be over,” reports the Wall Street Journal. And no one does this affect more than members of inner city communities.

In Baltimore, the most pressing question every morning is how many people were shot the previous night. Gun violence is up more than 60% compared with this time last year, according to Baltimore police, with 32 shootings over Memorial Day weekend. May has been the most violent month the city has seen in 15 years.

The situation has gotten so bad in Baltimore that the people who not too long ago decried the presence of police in their communities are now are wishing they’d come back. And in New York, where the murder rate has risen nearly 18 percent in a five-month span this year compared to the previous year, stop and frisk is sorely missed.

A surge in New York City murders — including four people slain in just five bloody hours as the weekend began — has grieving family members begging Mayor de Blasio to bring back the NYPD’s right to search for guns.

“We need stop-and-frisk,” Stacey Calhoun, the devastated uncle of one of the four fatalities, said Saturday afternoon, tears filling his eyes over the nephew he had just lost.

Jahhad Marshall — a charismatic 23-year-old with a promising future as a chef — had died of a stray bullet to his back early that morning outside the Queensbridge Houses in Long Island City, police said.

“Somebody has to put their foot down,” the anguished uncle said.

“A lot of people would agree with stop-and-frisk if it’s for the safety among us,” he said.

“They used to fight with their hands, he said. “It seems like all these kids have guns these days.” […]

As another woman at the Marcus Garvey Houses said of stop-and-frisk, “They need to target it. With all these shootings, people getting killed, do it, but stop and frisk the guys you know from experience might have a gun, and not some kid who’s trying to better his life and get out of here.”

If you recall, NYC Mayor Bill de Blasio has effectively ended the practice, which brought the murder rate down considerably during Giuliani’s tenure as mayor, helping save countless black lives.