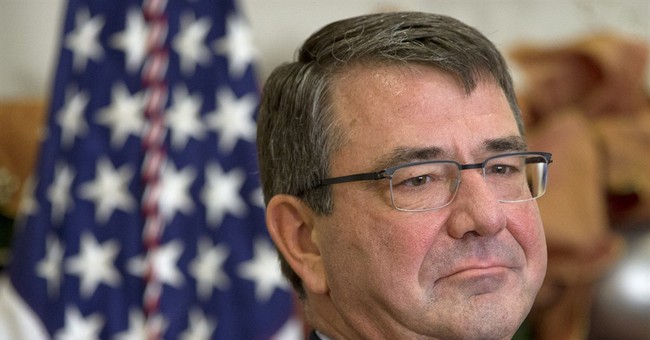 If Defense nominee Ashton Carter gets confirmed, as he’s expected to, Afghanistan’s new president may get exactly what he wished for: a reexamination of the U.S.’s troop withdrawal deadline.

With the war in Afghanistan officially coming to a close at the end of the year, only 10,800 troops remained in the country, serving a supportive role for Afghanistan’s military. Obama planned to gradually reduce that number so that by 2017, we’d have only an embassy presence.

But amid a deteriorating security situation, Ghani suggested last month that the U.S. reconsider this timetable.

And now, Carter seems to be in agreement if security there worsens.

The president's nominee to be the next Pentagon chief says he would consider changing the current plans for withdrawing all U.S. troops from Afghanistan by the end of next year if security conditions worsen.

In written comments to the Senate Armed Services Committee, Ashton Carter responded "yes" when asked if he would consider recommending changes to the current pace and size of the drawdown plan to address security concerns. He also said he is aware of reports that Islamic State militants may try to expand into Afghanistan, and said he will work with coalition partners to ensure that doesn't happen.

Carter's comments were included in his answers to a committee questionnaire that was obtained by The Associated Press. They come as Afghan leaders express concerns about the U.S. troop withdrawal and worry that local forces may not be ready to secure the country on their own.

A willingness to reconsider the hard deadline is definitely a plus, if he could get Obama to agree. Members of Congress and military commanders have long questioned and argued against the current timetable given that it seems to disregard what the security situation necessitates and lets the enemy prepare for the day U.S. troops will be completely gone.

The Senate Armed Services Committee will consider Carter’s nomination in a hearing on Wednesday.