Iran Criticizes US for 'Practice of Racism and Inhumane Behavior' 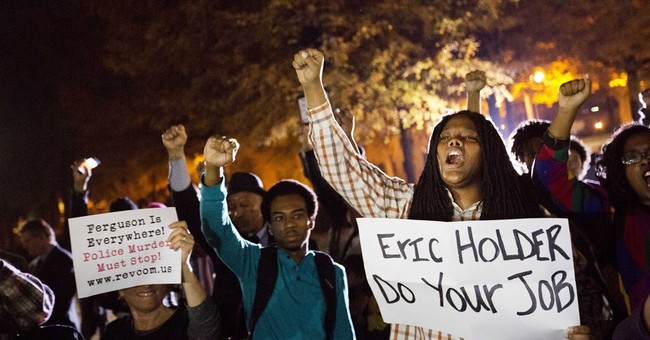 There have been two incidents of African Americans being killed by white law enforcement officers of late—Michael Brown in Missouri and Eric Garner in New York. Grand juries in both instances decided not to indict the officers, setting off racial riots across the nation. Apparently Iran has taken note.

"The U.S. administration has continuously criticized other countries and made an instrumental use of human rights and adopted double-standard criteria in the last few decades, while it has ignored domestic situation at home," Iranian spokeswoman Marziyeh Afkham said, according to the country’s semi-official FARS News Agency.

Afkham went on to challenge the Obama administration and U.S. courts “to comply with their duty and take lawful and just actions in dealing with their citizens and stop the practice of racism and inhumane behavior.”

Iran’s criticism came in the wake of protests across the country over the weekend after a New York grand jury opted not to charge a police officer in the death of Eric Garner, but also after Secretary of State John Kerry said he was “deeply disappointed and concerned” by reports Tehran had denied bail to a Washington Post reporter working in the country.

“I am personally dismayed and disturbed at these reports as I have repeatedly raised Jason's case, and the other cases of detained or missing U.S. citizens, directly with Iranian officials,” Kerry said in a statement.

“We share the concerns of Mr. Rezaian’s family regarding reports that he is under physical and psychological distress, and is not receiving proper medical care,” Kerry continued, charging that Iranian authorities had blocked international diplomats from seeing the U.S. citizen or providing him legal representation.

It is also worth noting that Iran was ranked No. 9 on Open Doors’ World Watch List for its extreme persecution of Christians. So while the U.S. is by no means perfect, Iran is certainly in no position to criticize the U.S. on this front. Then again, it seems they’re just jumping on the international bandwagon of condemnation.