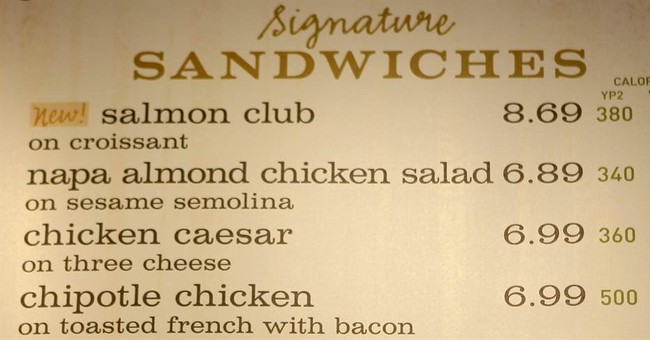 Thanks to the FDA’s calorie labeling regulations announced Tuesday, major changes will soon be coming to the food and restaurant industries.

The regulation itself is nothing new; it became law in 2010 as a provision attached to the Affordable Care Act, but final rules were delayed for the past few years, thanks in large part to heavy opposition from grocery stores, pizza chains, vending machines, convenience stores, and movie theaters. Although some concessions were made, none of these industries were fully spared. By November 2015, these establishments will be forced to post calorie information on menus and menu boards, which opponents have argued is costly (representatives from the grocery store industry, for example, have said it will exceed $1 billion) and will have job-killing effects.

The FDA’s press release has the details:

The menu labeling final rule applies to restaurants and similar retail food establishments if they are part of a chain of 20 or more locations, doing business under the same name and offering for sale substantially the same menu items. Covered food establishments will be required to clearly and conspicuously display calorie information for standard items on menus and menu boards, next to the name or price of the item. […]

The FDA considered more than 1,100 comments from stakeholders and consumers in developing these rules. In response to comments, the FDA narrowed the scope of foods covered by the rule to more clearly focus on restaurant-type food, made other adjustments such as ensuring the flexibility for multi-serving dishes like pizza to be labeled by the slice rather than as a whole pie, and provided establishments additional time to comply with the rule.

In addition, the menu labeling final rule now includes certain alcoholic beverages served in covered food establishments and listed on the menu, but still provides flexibility in how establishments meet this provision. The majority of comments supported including alcohol because of the impact on public health. The menu labeling rule also includes food facilities in entertainment venue chains such as movie theaters and amusement parks.

The nanny state rules were designed to “aid consumers in selecting more healthful diets” and rein in the obesity epidemic in America. But what does the data say?

“The evidence that menu labeling has any significant impact on public health is scant,” Food Marketing Institute’s Erik Lieberman wrote in 2012. “Indeed, of the studies FDA cites in the rule, most demonstrate that menu labeling has little to no effect on purchasing habits. Furthermore, no study shows any link to reduction of obesity rates, the purported benefit which FDA used to justify the menu labeling regulation.”

And there you have it.

The food police are here.

Update: Lynn Liddle, chairperson of the American Pizza Community, said the following in a statement provided to Townhall:

“The APC has worked for nearly five years to provide FDA with a sensible approach to menu labeling. However, FDA’s final rules only provided small concessions that don’t solve many of the regulation’s problems, while making the rules even more onerous for small business.

“The APC will now enlist the help of allies to right this wrong. We encourage Congress to pass the bipartisan Common Sense Nutrition Disclosure Act (H.R. 1249/S. 1756) that permits flexibility for small business, as well logical solutions for consumers.”