Romney: Terri Lynn Land 'Will Make a Difference in Washington' 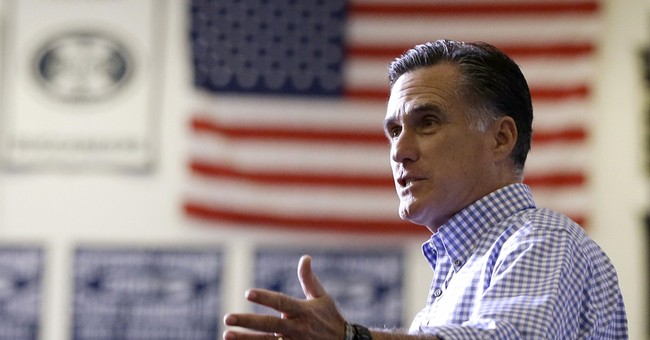 Mitt Romney was back in his home state campaigning for Senate hopeful Terri Lynn Land and other Michigan Republicans on Thursday.

Addressing a crowd of 300 in Livonia, he discussed the importance of electing a GOP majority in the Senate so Republicans could wield more control in the nation’s capital. If that happens, and the GOP keeps the House, Romney explained what would happen when Republicans pass legislation.

“The president will sign some of those things, and primarily some others he will veto, but it will be clear who is the ‘party of no’ because we will be passing legislation that will be on his desk,” Romney said. “That’s why it’s so important that Terri Lynn Land is the next United States Senator from Michigan.”

“This is a person who will make a difference in Washington,” Romney said of Michigan’s former secretary of state, and “take us in a very different direction than the president.”

Romney said that Land, if elected, would work to approve the Keystone XL pipeline, secure the borders with immigration legislation, repeal the Affordable Care Act and focus on education policy that would give more control to states and communities.

“Washington is broken and now it's trying to break Michigan, and we need a senator to put Michigan first,” Land said.

Land said if voters elect her and other Republicans, they “can balance the budget, repeal and replace Obamacare, fix our roads, train our skilled workers, stop outsourcing and throw Harry Reid a retirement party.”

The Land campaign is out with a new television ad that slams opponent Rep. Gary Peters for outsourcing Michigan auto manufacturing jobs.

“Gary Peters says he stands for Michigan workers, but he voted to send over half a billion dollars to car companies overseas that are now owned by China,” campaign spokeswoman Heather Swift said in a statement. “Gary Peters won’t tell the truth, and he won’t put Michigan First. Michigan workers trust Terri Lynn Land to fight for their jobs because as a small business owner she knows what it takes to grow the economy and put Michigan First, and rule number one is no tax dollars to create jobs China.”

This week, the Washington Post reported that Michigan is the closest race that’s getting the least attention.