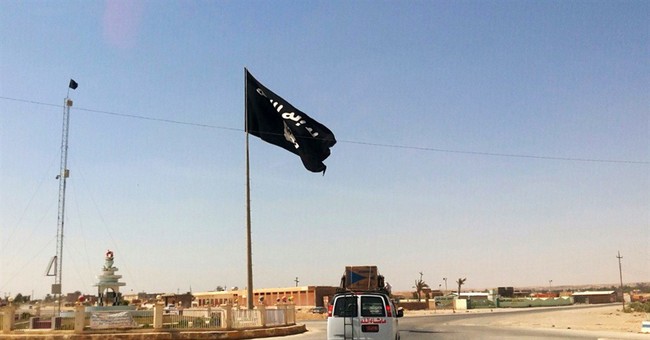 Like anything in life, social media, in the hands of the wrong people, has the potential to do nothing but spread unthinkable evil. Such is the case with the use of Twitter and Facebook by militants to recruit jihadists for ISIS.

Al Isabah Media, which claims on its Twitter account to be "Ansar ut Tawheed Fi Bilad Al Hind" (translated by the Daily Mail as “Supporters of Monotheism in the Land of India”) recently posted an ISIS recruitment video featuring a Canadian jihadist with Hindi, Urdu, and Tamil subtitles and the IS hashtag.

The recruitment video was also tweeted out by the “Al-Battar Media Foundation” which is “dedicated to spreading the #NEWS of the #Islamic_State\#IS to the #English speaking audience.”

Below is only a short clip of the 11-minute video, which shows Andre Poulin, a Muslim convert from Canada who reportedly died fighting in Syria last year, discussing why he left Canada for Syria and became a jihadist.

The rest of the video shows Poulin with other ISIS jihadists fighting in Syria…and this:

It ends with a gruesome close-up of his dead body, with another narrator saying that he had “certainty of Allah’s promise” of a reward, and a quote from the Quran: “Indeed, those who have believed and those who have emigrated and fought in the cause of Allah, those hope for the mercy of Allah. And Allah is forgiving and Merciful.”

In May, four young, middle class men left their homes in India to fight to defend Islam. According to a New York Times report, investigators have since traced them to Mosul and said that ISIS recruited the men over the Internet.