Pope Francis Sends Letter to Catholics Worldwide on Sex Abuse Scandal: We 'Abandoned' the Little Ones 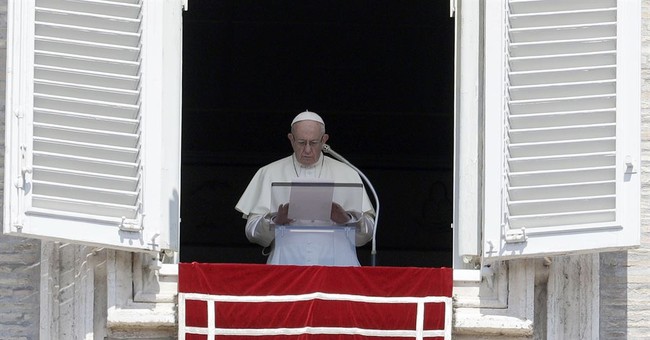 Pope Francis sent a letter to Catholics worldwide Monday following the shocking revelations of sexual abuse by over 300 priests and cover-ups by bishops in a Pennsylvania grand jury report.

Referencing the grand jury report, Pope Francis writes “with shame and repentance, we acknowledge as an ecclesial community that we were not where we should have been, that we did not act in a timely manner, realizing the magnitude and the gravity of the damage done to so many lives. We showed no care for the little ones; we abandoned them.”

"Looking back to the past, no effort to beg pardon and to seek to repair the harm done will ever be sufficient,” he emphasized. “Looking ahead to the future, no effort must be spared to create a culture able to prevent such situations from happening, but also to prevent the possibility of their being covered up and perpetuated."

The pope called the more than 1,000 instances of abuse “atrocities” that need to be acknowledged and addressed.

“It is essential that we, as a Church be able to acknowledge and condemn, with sorrow and shame, the atrocities perpetrated by consecrated persons, clerics, and all those entrusted with the mission of watching over and caring for those most vulnerable,” he wrote.

“I am conscious of the effort and work being carried out in various parts of the world to come up with the necessary means to ensure the safety and protection of the integrity of children and of vulnerable adults, as well as implementing zero tolerance and ways of making all those who perpetrate or cover up these crimes accountable,” he wrote. “We have delayed in applying these actions and sanctions that are so necessary, yet I am confident that they will help to guarantee a greater culture of care in the present and future.”

The Pennsylvania grand jury report came in the wake of credible allegations against former Washington archbishop Theodore McCarrick of molesting a teenager. McCarrick resigned his position as a cardinal as further allegations emerged. McCarrick has been removed from public ministry pending a full investigation.

Catholics in the U.S. and abroad are calling for the Vatican to answer questions about how widespread sexual abuse by the clergy is and who among the bishops are responsible for covering up the abuses.

McCarrick’s successor as archbishop of Washington, Cardinal Donald Wuerl, is facing calls to resign after the Pennsylvania grand jury report cited him as covering the abusive behavior of predatory priests during his time as bishop of Pittsburgh from 1988 to 2006.

He has repeatedly claimed in interviews that he handled allegations of abuse correctly, however, he recently withdrew from a speaking engagement at the World Meeting of Families in Dublin, Ireland and is holding a private meeting with priests in the archdiocese Monday.

A Catholic high school named after Wuerl in Pittsburgh was vandalized Monday as someone spray-painted over his name. A petition to change the high school’s name has received almost 7,000 signatures as of Monday.

Wuerl submitted his mandatory resignation letter when he turned 75 in 2015 and the pope has yet to accept it.

At this point it is still unclear if and how Pope Francis’s letter will translate to further active measures to remove abusers and the bishops who covered up for them from active ministry.