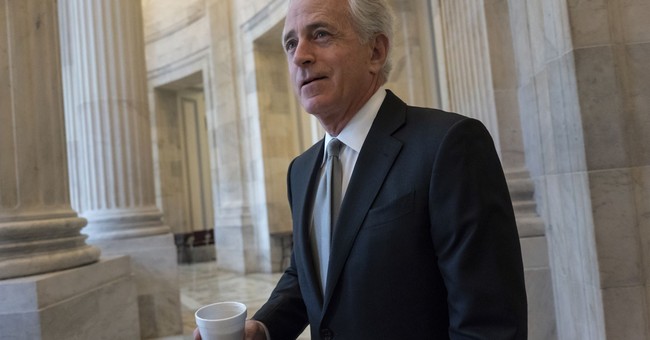 Sen. Bob Corker (R-TN) criticized the White House’s recent announcement that President Trump is considering revoking the security clearances of former intelligence officials who have "politicized" and "in some cases monetized" their past service, according to the White House.

"I can't even believe that somebody at the White House thought up something like this," Corker said in an interview with MSNBC Tuesday. "I mean, when you're going to start taking retribution against people who are your political enemies in this manner, that's the kind of thing that happens in Venezuela."

"So you just don't do that,” he continued. “I can't believe they even allowed it to be aired, to be honest. I mean, it's a banana republic kind of thing."

Sanders argued that these former intelligence officials were making “baseless charges” against Trump and their security clearances give these charges “inappropriate legitimacy.”

Former Director of National Intelligence James Clapper responded by calling it a “petty thing to do.” He later added that former officials still have access to classified information so they can “facilitate consultation with the current incumbents.”