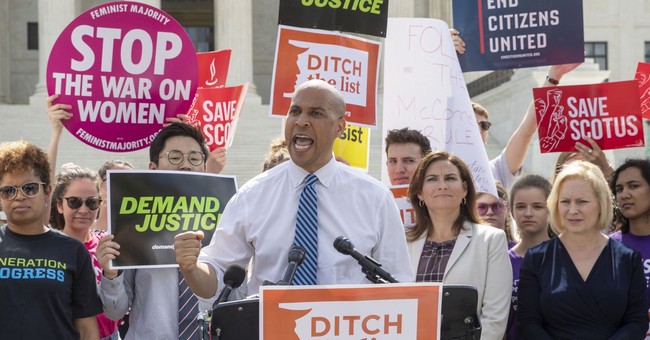 “We need senators who understand it isn’t their place to play judge and jury on women,” NARAL says in their announcement. “The message is clear: every senator must stand unequivocally for our fundamental freedoms, or they will pay the price in November.”

The ads will run in Texas, Alaska, Maine, Colorado and Nevada. The group is specifically targeting vulnerable Senate Republicans including Sens. Lisa Murkowski of Alaska, Susan Collins of Maine, and Sen. Dean Heller of Nevada.

Last week, NARAL and Planned Parenthood called on the Senate to demand a new “personal liberty standard” of forcing Supreme Court nominees to affirm the Roe v. Wade decision. Sen. Schumer agreed with the abortion groups’ standard Monday, arguing that nominees simply saying they would respect Roe as precedent was no longer enough.

Ilyse Hogue, president of NARAL, said that this "personal liberty" standard was necessary and any of President Trump’s list of Supreme Court picks would “decimate our rights as enshrined under Roe.”

While declining to give his personal views on the matter, Kavanaugh has already said when he was confirmed to the D.C. Circuit in 2006 that he would “follow Roe v. Wade faithfully and fully. That would be binding precedent of the court. It has been decided by the Supreme Court."