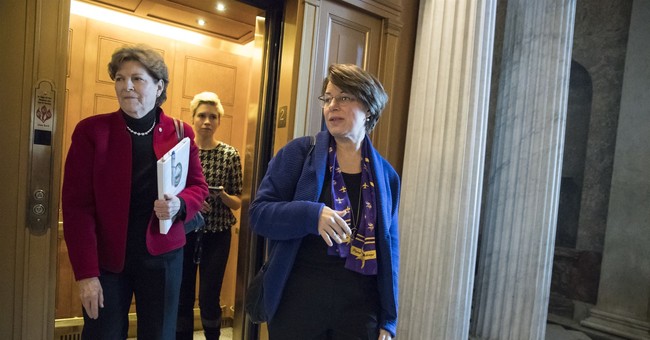 The Senate passed a bill by voice vote Thursday that aims at reforming the way Congress handles sexual harassment claims.

The bill, introduced by Sens. Amy Klobuchar (D-MN) and Roy Blunt (R-MO), would eliminate the currently required 90-day counseling and arbitration period that victims have to go through before going to court. The bill would also provide victims with an advocate for consultation in the process.

The legislation requires members of both chambers, not the government, to pay the U.S. Treasury for any sexual harassment awards and settlements arising from their actions.

They wrote that the bill “contains numerous provisions that are contrary to key principles we’ve previously articulated, falls short of an acceptable compromise, and may have unintended negative consequences.”

One key issue the groups have with the Senate bill is that, unlike the House version, it puts the ethics panels in each chamber in charge of reviewing and approving reimbursements for settlements rather than an independent investigator.

“This provision appears to provide an opportunity for a Member who has settled a claim to avoid personal accountability and to be absolved from reimbursing the taxpayers,” the groups argued.

The House Ethics Committee, according to a rare statement they released Thursday, also criticized the Senate bill for not going far enough. They believe the Senate legislation should require lawmakers to pay for their own discrimination claims, not just harassment claims.

“It has been more than three months since the House passed the CAA Reform Act,” they wrote. “The Senate has now introduced and may soon act on similar legislation intended to reform the CAA. We believe that any proposal to reform the CAA should include provisions to ensure that Members remain personally liable for their own conduct with respect to discrimination and retaliation, and that they remain liable even if they leave Congress.”

Before the measure can take effect, a compromise between the Senate and House bills will have to be reached and pass both chambers.