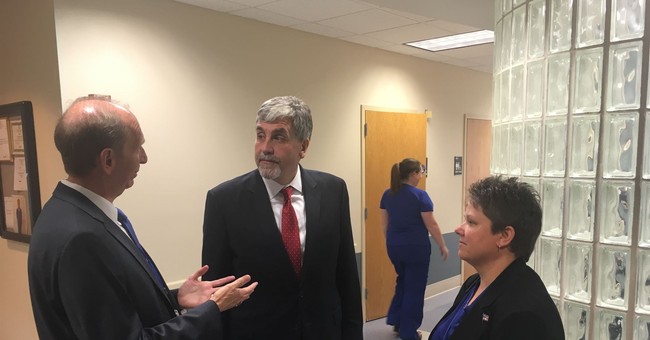 The Department of Health and Human Services (HHS) is announcing a new Conscience and Religious Freedom Division in the HHS Office for Civil Rights (OCR) at an event Thursday morning.

According to HHS, the new division “has been established to restore federal enforcement of our nation’s laws that protect the fundamental and unalienable rights of conscience and religious freedom.”

They add that “the creation of the new division will provide HHS with the focus it needs to more vigorously and effectively enforce existing laws protecting the rights of conscience and religious freedom, the first freedom protected in the Bill of Rights.”

On a call with the press Wednesday, OCR Director Roger Severino explained that OCR already has enforcement authority over federal conscience protection statutes, including the Church, Coats-Snowe, and Weldon Amendments.

The Weldon Amendment is an appropriations rider that prevents federal, state and local governments that receive federal funds from discriminating against health care entities that decline to “provide, pay for, provide coverage of, or refer for abortions.” The Church amendments were enacted in the 1970s to protect “the conscience rights of individuals and entities that object to performing or assisting in the performance of abortion or sterilization procedures if doing so would be contrary to the provider’s religious beliefs or moral convictions.”

“These protections have been under-enforced in the past and that has led to certain consequences,” Severino told reporters.

“If you under enforce a statute you should not be surprised if entities start testing it,” he commented, adding that, for these sorts of complaints, courts have said there’s no private right of action, meaning the only recourse is to OCR.

“Laws protecting religious freedom and conscience rights are just empty words on paper if they aren’t enforced,” Severino emphasized. “No one should be forced to choose between helping sick people and living by one’s deepest moral or religious convictions, and the new division will help guarantee that victims of unlawful discrimination find justice. For too long, governments big and small have treated conscience claims with hostility instead of protection, but change is coming and it begins here and now.”

“President Trump promised the American people that his administration would vigorously uphold the rights of conscience and religious freedom,” Acting HHS Secretary Eric Hargan commented on the new division. “That promise is being kept today. The Founding Fathers knew that a nation that respects conscience rights is more diverse and more free, and OCR’s new division will help make that vision a reality.”