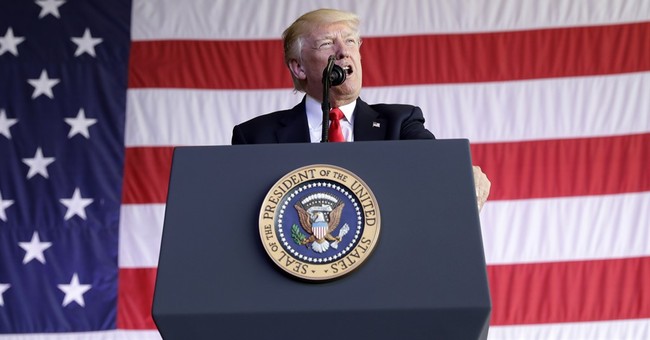 Pew notes that “Both younger and older veterans gave higher approval ratings for Trump than did younger and older adults overall. Nearly half of veterans ages 18 to 49 (46 percent) approved of Trump’s job performance, compared with only 31 percent of all adults younger than 50. Among those 50 and older, nearly six-in-ten veterans (58 percent) supported Trump, while about half of all older adults (49 percent) said the same.”

The polling center also noted that Trump held a wide 60-34 percent advantage over Clinton among veterans, according to a national exit poll conducted by Edison Research for the National Election Pool.

The polling data was “drawn from the panel wave conducted April 4-April 18, 2017 among 4,168 respondents. The margin of sampling error for the full sample of 4,168 respondents is plus or minus 2.6 percentage points.”