"Jim Believed to the End That His Country Would Come to Their Aid," Foley's Mother Speaks Out 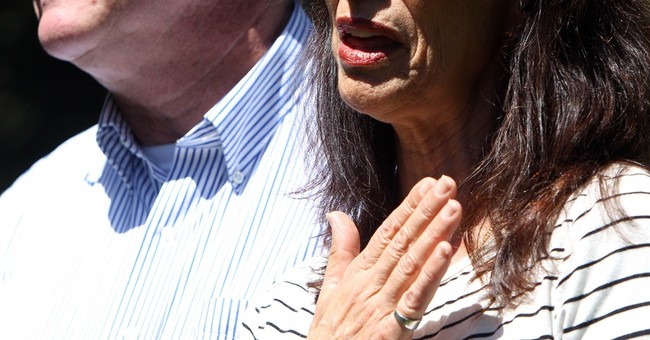 The frustration and disappointment in the U.S. government expressed by Diane Foley, the mother of beheaded American journalist, James Foley, is an outcry for the desperate need to defeat ISIS.

"As an American I was embarrassed and appalled," said Diane Foley.

Foley believes that the family's desperate plea to get James back was an "annoyance" to the U.S. government and the capture of James was not in the strategic interest of the military.

"Jim would have been saddened. Jim believe till the end that his country would come to their aid."

The government gave several demands to the family including to refrain from going to the media and even threatened the family with charges if they attempted to raise funds to pay the $132 million ransom demanded by ISIS.

James' family could do nothing to save him. They had to have complete confidence that the government would rescue him.

"[We were asked] to just trust that it would be taken care of...we were just told to trust that he would be freed somehow miraculously...and he wasn't was he?"

Diane elaborates on how she believes America's response has only "increased the hate" ISIS has for Americans. She calls for the American government "to learn from the mistakes that were made" and "acknowledge that there are better ways for Americans to be treated."