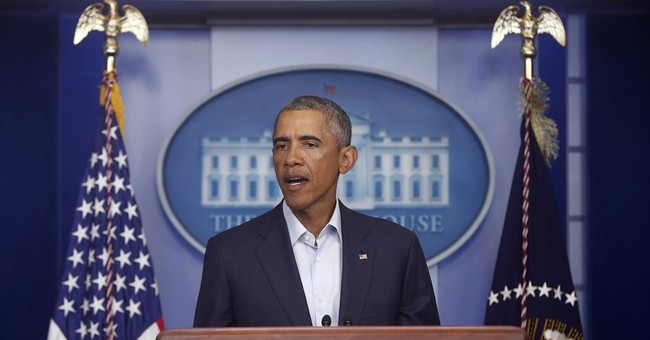 President Obama has held more press conferences this year than all of 2013 in light of constant national and international turmoil that has plagued the president's second term. Republicans believe it is due to Obama's record-low approval rating, which according to  Real Clear Politics reached an average of 41.8 percent.

For a president that has been criticized for being out of touch and hard to reach, Martha Joynt Kumar, a political science professor at Towson University, told  USA TODAY that Obama has held 16 press conferences up until July of this year, more than 2013, which totaled 14 appearances.

"You need to have the public know who you are...That's an issue for him."

The White House is quick to say that the trend is more about the issues and less about the president making a renewed PR stunt to slow his bleeding legacy.

"They're looking for anything that can stop the slide...If you don't define yourself, your opponents will do it for you."

Even while on vacation, President Obama has made five press statements during his time at Martha's Vineyard. Earlier today, he spoke on the tragic beheading of American journalist James Foley by ISIS militants.