How Taxpayers Lose In the Super Bowl 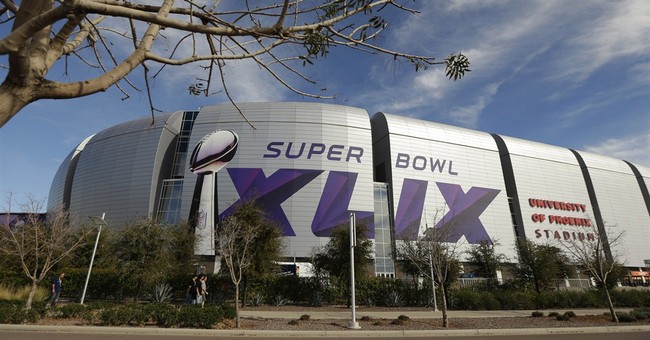 The Super Bowl will be played tonight in the beautiful University of Phoenix Stadium in Glendale, Arizona. Enjoy the game because, as Jared Meyer of Economics 21 says, you're paying for it.

The University of Phoenix Stadium opened in 2006 as one of the most luxurious and modern sports arenas in the United States. And it was mostly paid for by taxpayers, not by team ownership. Nearly $300 million in taxpayer dollars were awarded to the project throughout its construction, paid for by various tourism taxes. As Meyer writes:

Most public stadium cost figures are underestimated since economists and policymakers fail to take into account “maintenance expenses, capital improvements, municipal services, and the abatement of local property taxes,” according to Long. Returning to the Gillette Stadium, Massachusetts did agree to pay for updating surrounding infrastructure, and the other often-ignored costs listed by Long.

When these costs are included, the average public bill for each of the 121 professional sports stadiums in operation at the end of the 2010 season increases to $259 million—78 percent of total average costs. This means the total tab passed on to American taxpayers for the 121 stadiums was $31 billion.

Meyer compares and contrasts the stadium situations for Seahawks and Patriots fans. But the University of Phoenix Stadium is a fascinating case in and of itself. Last year, a judge ruled that one of the tourism taxes used to finance the stadium was unconstitutional. The result? The county might be forced to pay back more than $150 million to car rental companies and find another way to fund the debt raised to build the superstructure.