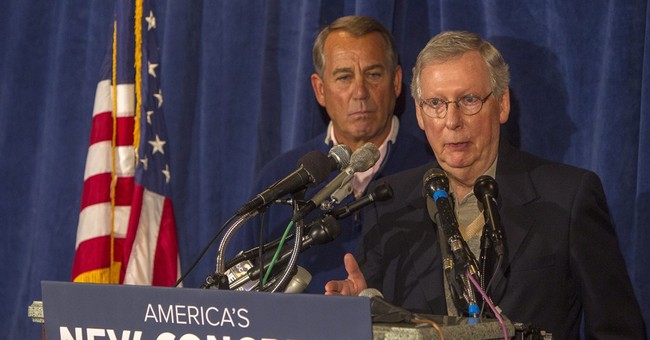 Only 12 days into 2015's legislative session in the Senate, Mitch McConnell's reforms to better operate the Senate have taken effect. The hallmark of the Harry Reid Senate was his totalitarian grip upon procedure - in all of 2014, for example, there were only 15 roll call votes on the Senate floor for legislative amendments. Reid simply did not want to allow debate and did not want to have his members take uncomfortable votes that would go on the record - especially in an election year.

Yesterday, McConnell's new Senate surpassed that number. There have been 19 votes on legislative amendments in the last three days alone - 10 on amendments from Democrats, including Sen. Bernie Sanders' push to recognize climate change.

"These amendments typically make very small, and sometimes even conflicting, changes to the underlying bill. One of Reid's amendments filed on the unemployment-insurance extension bill, which is expected to pass the Senate on Monday, for example, changes the enactment date of the legislation [by] one day."

McConnell has pledged to restore regular order and the traditional amendment process. He's already well on his way.