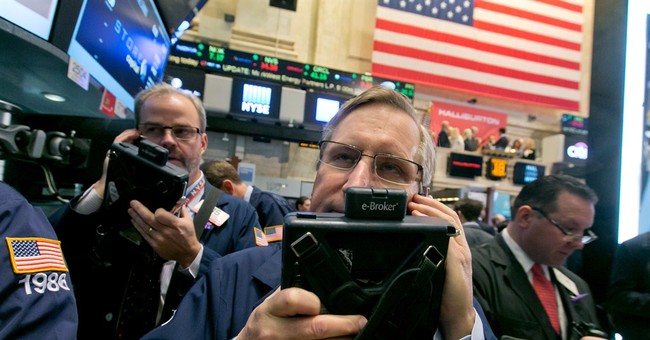 This week, the Commerce Department released revised figures of the economy's performance, and in their estimation, the economy surged in the third quarter of 2014 - growing at a 5% clip, which is the best such estimate in more than a decade.

Gross domestic product grew at a 5 percent annual rate from July through September, the biggest advance since the third quarter of 2003 and up from a previously estimated 3.9 percent, revised figures from the Commerce Department showed today in Washington. The median forecast of 75 economists surveyed by Bloomberg projected a 4.3 percent increase in GDP.

This is a revised rate - the Commerce Department previously estimated that the economy had grown at a 3.9% rate in the third quarter.

This doesn't mean that the economy is healthy. Far from it. But the economy has continued rebounding - even after the stimulus' effects are long over, even after the sequester took a huge chunk out of federal spending. It's also doubtful the Commerce Department is intentionally "cooking the books" - this is a revised estimate, after an earlier, more pessimistic one, and one that's dropped right before the biggest holiday season of the year. It's not something that's going to dominate headlines at a politically-potent time.

So it's mild good news. Not jump-for-joy news, but good nonetheless.