Yes, Even Beer Subsidies Are A Bad Idea 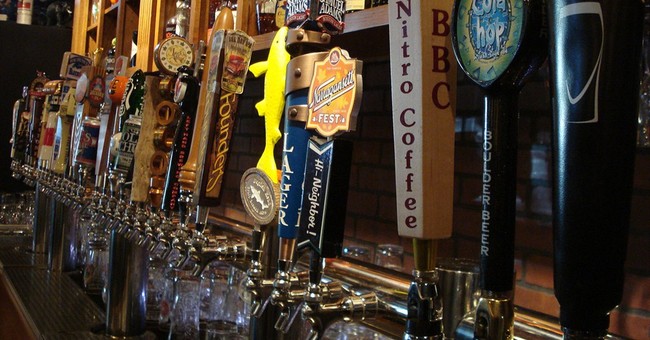 Hollywood movies, baseball, and beer: these three things are quintessentially American, universally-beloved, and... heavily subsidized by the government.

Christopher Koopman of the Mercatus Center has a piece this month on the most recent example of a state government handing out millions of taxpayer dollars to a "microbrewery" to open a new plant in the state:

This past month, it was announced that the city of Richmond and the Commonwealth of Virginia would pour more than $35 million into a new brewery for the California-based Stone Brewing Co. The city of Richmond plans on issuing $31 million in general obligation bonds, and Virginia’s governor is committing $5 million from the Governor’s Opportunity Fund to the project. And if that wasn’t enough, Stone Brewing Co. will also be eligible for benefits from the Governor’s Agriculture and Forestry Industries Development Fund, the Virginia Enterprise Zone Program, the Virginia Jobs Investment Program, as well as $1.5 million in additional grants from the city.

As my colleague Matthew Mitchell and I have argued, if politicians are really interested in fostering the current craft-brewing renaissance, they should shift their focus away from subsidizing select breweries and instead work to simplify the regulatory environment for all those hoping to brew their beer. In Virginia, for example, we found that starting a craft brewery is as difficult as starting a small business in China or Venezuela.

When Tony Magee, founder of Lagunitas Brewing Co., met with officials from Chicago about opening a brewery in the Windy City, they explained all of the financial incentives that would be made available to him. His response? He told them he didn’t need the money, but the city should spend it on fixing potholes. Instead, he simply asked for their help in making the process fast and efficient.

When politicians subsidize these hip trends, taxpayers lose, no matter if it's a stadium deal, film tax credits, or craft breweries. It might sound nice, but taxpayers must exert effort on their legislators to resist. That $10 craft beer is even more expensive when you take into account those taxpayer subsidies.