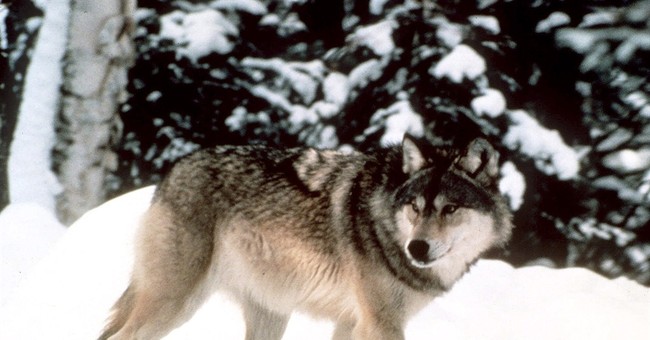 This week, National Journal's Ron Fournier, in a Twitter conversation with Bruce Carroll and Townhall's own Katie Pavlich, said Republican complaints about ACA "don't count" because they're like the little boy who cried wolf: they complain about everything, so the media is apt to ignore them.

@KatiePavlich @GayPatriot Doesn't count when you oppose everything. Got a little boy-crying-wolf in the GOP, I'm afraid.

Villagers begin by believing that no one would falsely claim to get attacked by a wolf. But a false alarm - and the possible subsequent false alarms - lower their probabilistic calculations of wolf attacks and the negative consequences assigned to each claim of a wolf attack.

Then, of course, the boy gets eaten by a wolf.

The obvious lesson is that individuals should not falsely claim they're being attacked. It lowers others' perceptions of the legitimacy of their claims. Nobody is going to dispute this. But if it turns out the boy was right, even once, this should dramatically raise their probabilistic estimates of negative consequences per wolf attack claim.

Economist Thomas Bayes pioneered this method of probabilistic thinking, and it's now universally used in thinking about how peoples' beliefs should respond to new information. The negative consequences of a single wolf attack are incredibly high - death! - and in light of the boy who cried wolf being right one of the times, villagers should ascribe a nonzero credibility to the claims of the wolf-criers. And when it turns out that someone crying wolf is right, we should update both how we thought about the prior claims of wolf attacks and ascribe a greater significance to future claims of wolf attacks.

So how does this relate to Republicans? Well, let's grant the position of Fournier and other mainstream journalists that Republican claims of deception on the part of ACA architects have only rarely been true. If that's the case, a new instance of the GOP being right about ACA should cause journalists to vastly update their evaluation of the credibility of other GOP claims of deception.

A better analogy for Fournier to have used was "a stopped watch is right twice a day." We have pretty perfect information in this case and don't need to update our priors.

To All Those Biden Supporters Out There, Here's the Bill He Wants to Leave Us as President
Matt Vespa
Another Reason to Be Optimistic? Biden Is Underperforming Hillary Clinton's 2016 Numbers In Key States
Matt Vespa
Is AG William Barr on the Chopping Block?
Matt Vespa
Senate Democrats Block Additional Funding For Coronavirus Relief and Paycheck Protection Program
Reagan McCarthy
Paging Dr. Fauci: Why Is He Silent on Whether the Women's March was a 'Superspreader Event'
Matt Vespa
Watch: Hickenlooper Signals Support For Court Packing if Senate Confirms Judge Barrett
Reagan McCarthy
CARTOONS | AF Branco
View Cartoon
Most Popular