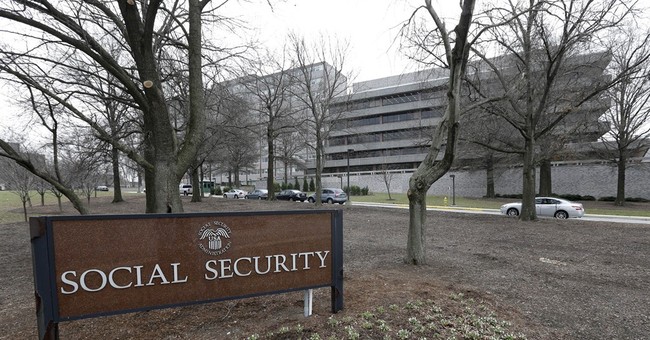 In President Obama's first term, Republicans made a lot of hay by pointing out that our entitlement programs are on an unsustainable path, and that argument was supported by the Simpson-Bowles bipartisan commission to fix the long-term deficit.

In Obama's second term, other, more immediate crises have arisen. But entitlements still loom large on our budget ledger as a threat to our economic security.

A new report out from Veronique de Rugy of the Mercatus Center drives this point home visually:

As de Rugy writes in the report:

Since 2010, the Social Security program has been running a permanent cash-flow deficit, as the first chart shows. This means that the taxes collected during the year for the program fall short of what is needed to cover the benefits paid out to retirees. The program draws from the Social Security trust fund to fill the gap (first using the interest, then the principal) to maintain promised level of benefits to retirees. When this option is also insufficient, the US Treasury will have to start borrowing to pay out benefits.

The program was stable when there were more than three workers per beneficiary. However, future projections indicate that the ratio could continue to fall to less than one worker per beneficiary, at which point the program in its current structure becomes financially unsustainable.

Make no mistake: social security still looms as a fiscal crisis. It's a drag on our federal budget right now, and is projected to get much, much worse in merely the decade we're currently in. It's not a far-off problem: it's here now.