Democrats Decry Obama's Lack Of Interest In Working With Congress 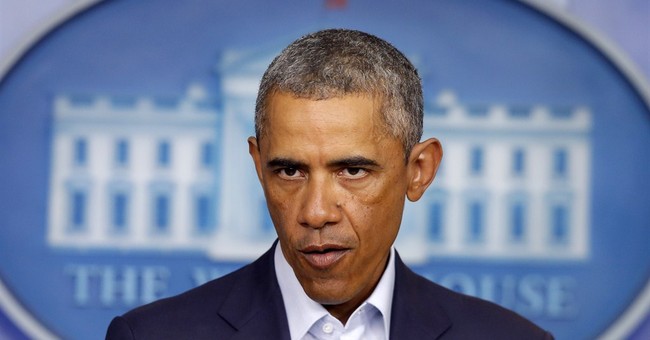 "Aloof." "Cool." "Above the fray." These are all characteristics that have been used to describe President Obama and likely characteristics he would use to describe himself. President Obama came to Washington promising to end the partisan rancor that has come to define lawmaking in the nation's capitol. But instead of addressing it, he just pretends like he never has to get his hands dirty.

A New York Times article today reveals that lawmakers in the President's own party are fed up with his refusal to actually work with Congress:

With Mitch McConnell, the Republican leader, sitting a few feet away, Mr. Reid complained that Senate Republicans were spitefully blocking the confirmation of dozens of Mr. Obama’s nominees to serve as ambassadors. He expected that the president would back him up and urge Mr. McConnell to relent.

“You and Mitch work it out,” Mr. Obama said coolly, cutting off any discussion.

Mr. Reid seethed quietly for the rest of the meeting, according to four separate accounts provided by people who spoke with him about it. After his return to the Capitol that afternoon, Mr. Reid told other senators and his staff members that he was astonished by how disengaged the president seemed... the impression the president left with Mr. Reid was clear: Capitol Hill is not my problem.

This cuts to the heart of the matter when longtime Washingtonians decry President Obama's inability to "lead." Leadership isn't about declaring your intentions and letting those you deem to be your underlings sort out the specifics. It's about working with them, as individuals, to chart out a path and, when necessary, make compromises along the way.

“Maybe if something isn’t working, you’d say, ‘What can I do better?’ ” said Senator Joe Manchin III, Democrat of West Virginia, expressing dismay that the president seemed to have little interest in taking a warmer approach with Democrats. “Maybe we wanted something different. But it kind of is what it is.”

“In order to work with people, you need to establish the relationship first before you ask for something,” said Senator Angus King of Maine, an independent member of the Democratic caucus. “And I think one of the things the White House has not done well and the president has not done well is the simple idea of establishing relationships before there is a crisis.”

The NYT report also features push-back from the White House, with a spokesperson counting the number of times that the President has reached out on a personal level for White House invitations and events, though that's little comfort to some of the Democrats quoted in the story.

It might be true that these stories of White House disengagement are overhyped - that, when it comes to actually quantifying "reaching out," this White House is as active as any. What matters, though, is that the lawmakers feel slighted. It should come as no surprise to anyone that the type of people who ascend to powerful political positions of national importance are egotistical, petty, and insecure. Perhaps our politicians should not be so egotistical, petty, and insecure - but this is the world that we are living and operating in. President Obama came to Washington pledging to mend partisanship. The way to do that isn't to tell our ego-driven elected representatives to suck it up and deal with it. It's to, as Manchin put it, ask yourself what you can do better. President Obama is wholly uninterested in that kind of introspection.

This isn't a new complaint from lawmakers, by the way. Pieces throughout the Obama era have described " the perils of being aloof" and "the loner president." In the most recent negotiations over our illegal immigrant crisis, the Associated Press reported:

House and Senate lawmakers in both parties plus several senior congressional aides said this past week that the handling of the proposal by Obama and the White House is emblematic of the administration's rocky relationship with Congress: an ad hoc approach that shuns appeals to opponents and doesn't reward allies.

Again: it should come as no surprise that lawmakers are fickle, petty, egomaniacal humans who perceive slights where there are none and hold grudges. If President Obama had been elected promising to end face-to-face meetings with legislators, promising tough love when it comes to interpersonal relationships and ending any semblance of White House intervention in Congress, that would have been fantastic. But that's not what President Obama has done, and the White House has continued to insist that they're doing all they can to smooth over their rocky relationships with legislators. When the legislators themselves don't feel that way, it's hard to lend credence to President Obama's claims that he is indeed being an effective leader of his party.