"A National Party" - The Priebus Plan For the RNC 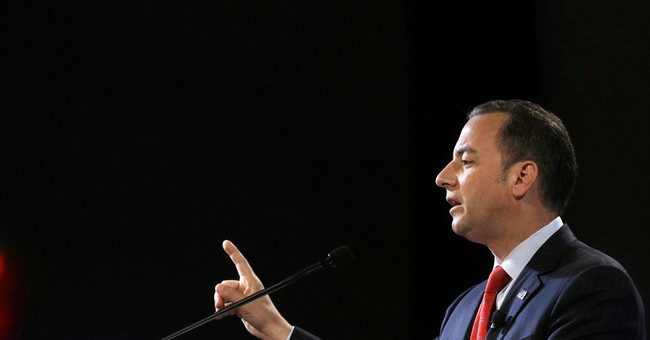 Last weekend at the RedState Gathering, Republican National Committee Chairman Reince Priebus addressed an assembled crowd of hundreds of conservative activists, explaining how he's transforming the RNC and trying to turn it into an electoral force beyond off-year elections.

Priebus said he's trying to build "a national party that's permanent, on the ground, all the time."

In 2005, as the head of the Democratic National Committee, Howard Dean launched the "50 State Strategy," which was an effort to build the Democratic Party in every state, on every level, in every precinct. Republicans mocked the Dean strategy - isn't it a waste of money for the DNC to be spending in deep red counties in Alabama? - but now, staring at a Democratic party that has had two resounding Presidential victories, the RNC has undergone a transformation of its own.

Priebus told Townhall that he rejects the Dean comparison. The problem is that the GOP became a party that's just "a u-haul trailer of cash for a presidential nominee" that caused the party to atrophy everywhere but in a few swing states.

"You've got to be competent in all fifty states," Priebus told Townhall. "You've got to be spending a heck of a lot more money in Florida, Ohio, and Virginia, than we are in maybe Vermont. But that doesn't mean you totally ignore Vermont forever, because once in awhile, you've got a good shot at a governor's race."

"The point is that we've got to be an all-the-time party. Everywhere."

Priebus detailed what it means to be an "all-the-time party" when it comes to this November's election. The RNC is spending money everywhere, even in places that may surprise some people. The Senate races in Louisiana, Arkansas, and North Carolina are obvious, but the RNC's ground game is going to some unexpected places.

"I don't think it's a long shot but... Minnesota with McFaddden. Monica Wehbe out in Oregon," Priebus told Townhall. "You've got Scott Brown in New Hampshire. I don't call it a long shot but you're playing with Virginia now with a great candidate like Ed Gillespie giving Warner a lot of trouble. That's what happens as you expand the map - it's very troubling for Democrats."