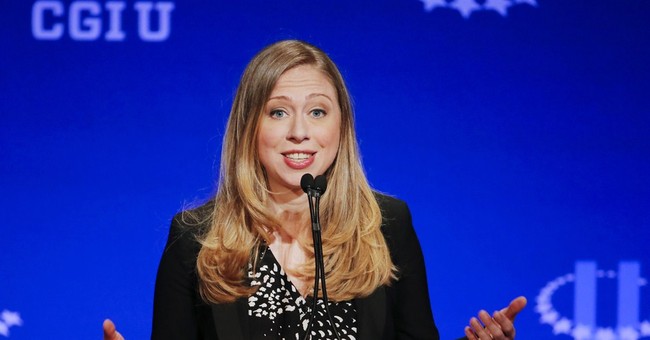 Amid the claims of debt and bankruptcy from Hillary Clinton early this week during her book tour, a Politico investigation cemented the benefits that come along with merely being a Clinton. Chelsea Clinton was hauling in an impressive paycheck at NBC News for her work as a correspondent.

From Dylan Byers and Maggie Haberman:

Chelsea Clinton earned an annual salary of $600,000 at NBC News before switching to a month-to-month contract earlier this year, sources with knowledge of the agreement told POLITICO.

Clinton, who joined NBC News as a special correspondent in November 2011, was up for renewal or nonrenewal this year. Instead, the sources said, the network decided to keep her on the payroll on a month-to-month basis so the two parties could sever ties if Clinton’s mother, Hillary Clinton, runs for president.

It's quite the salary being pulled down by someone nominally in a field that isn't known for being lucrative.

Of course journalists don’t make a lot of money. Recent college grads averaged $32,000 according to the survey, while experienced grads earned $58,000 and those with graduate degrees, $66,000. Not fabulous.