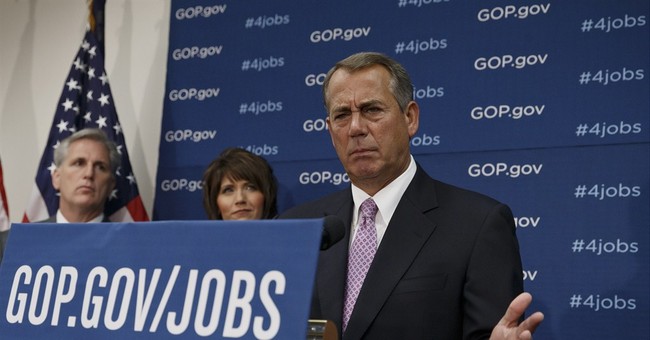 The March jobs report from the federal Bureau of Labor Statistics is out, finding that employment growth was roughly in line with expectations. Many analysts predicted growth of 200,000 jobs, and the report came in with 192,000 nonfarm payroll jobs added - entirely in the private sector, as 1,000 government jobs were shed during the month.

The workforce participation rate increased very slightly, and the unemployment rate stayed constant at 6.7%. The U-6 measure, which captures broader "underemployment" numbers, actually rose to 12.7%.

Just as important, the BLS's estimation of employment in previous months was revised upwards. BLS now estimates that 37,000 more jobs were added over January and February than previously estimated.

Analysts have pointed out that the total number of jobs in the American economy has now - finally - passed the pre-2008 recession peak. That doesn't mean that the economy is in any healthy status; it's more to explain that it's taken this long to get back to where the economy was six years ago - and that the economic recovery still has a long way to go.

House Speaker John Boehner released a statement after the jobs report calling for the consideration of the Republican jobs plan, saying:

House has passed dozens of bills that would help fuel economic growth by expanding all types of energy production, protecting families and small business from ObamaCare, improving education and job training, and more. Senate Democrats have no excuse for standing in the way of these common-sense jobs measures, many of which passed with bipartisan support, and I urge them to act immediately.”

What is clear is that there's still a long way to go to a "healthy" economy - this is a status quo report that means little more than that the economy is still sputtering along.