City Council to Reverse Tax A Month After Approval 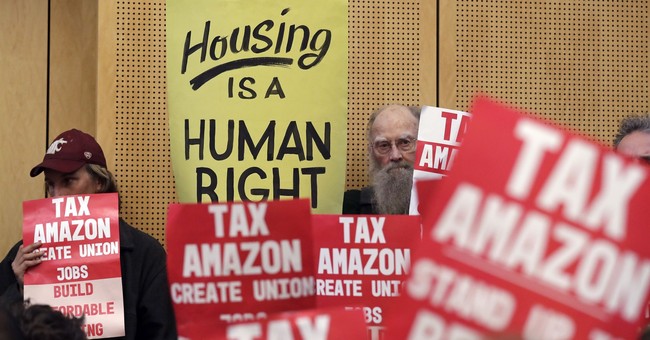 The Seattle City Council meets on June 12 to discuss the possibility of repealing a head tax, which the city council voted to pass just under a month ago. The head tax would target big businesses such as Amazon, imposing a tax of $275 per employee, per year.

City Council President Bruce Harrell announced the move on June 11th, and moved at a remarkable speed to repeal the tax. The move comes in response to backfire from residents and local business executives who say they do not trust the council to spend the money wisely.

Harrell said he would sponsor the repeal of the bill, and he appears to have enough votes to move forward with the repeal of the tax. Mayor Jenny Durkan issued a statement Monday in which Harrell and six other council members joined and voiced their support for the repeal of the head tax. The intent of the tax was to raise $47 million per year starting in 2019 to fund low-income housing and other services for the homeless.

However, Durkan may be supporting the repeal because her $636 million education levy will likely do better on the November ballot, without the head tax.

This reversal on the head tax is an unprecedented move in Seattle politics. It comes as the council faces what will likely be a long and hard fought battle for votes.

“A business-backed campaign called No Tax on Jobs had planned to submit petition signatures on Tuesday to qualify a referendum on the head-tax for the November ballot, having raised more than $200,000 and attracted a small army of volunteers," the Seattle Times reported.

“The people I talk to, whether it’s at the grocery store or coffee shop or basketball game, people do not seem convinced the employee-hours tax strategy is the right solution I think we have to listen,” Council President Harrell told City Hall in an interview.

When the tax was originally approved, the council faced opposition from not only the businesses which the tax would be imposed upon, such as Amazon, but also from conservative pundits nationwide, while they were simultaneously praised by progressive activists.

Many California cities have imposed similar taxes, but are now considering following in the footsteps of Seattle as they consider repealing the tax.